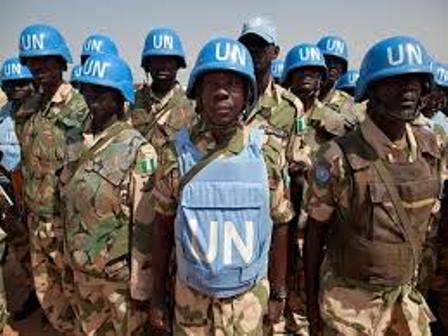 Nigeria has been re-elected to Chair the UN Special Committee on Peacekeeping Operations, known to be UN most strategic committee on the record 48th time.

A statement on Friday by Ambassador Samson Itegboje, the Charge d’Affaires and Permanent Mission of Nigeria to the UN, said Nigeria re-emerged the committee’s Chair by election.

Itegboje, the Nigerian representative was elected Chair of the committee said to be C-34 by acclamation at the UN Headquarters in New York at the opening of the 2020 Session.

“Nigeria has chaired the special committee on peacekeeping operations from 1972 till date and was always re-elected to continue to lead the most critical committee of the UN.

“The committee is the only UN committee mandated to review comprehensively the whole question of United Nations Peacekeeping operations in all its aspects.

“It also makes recommendations on enhancing UN peacekeeping operations across the world about pressing issues facing more than 100,000 military, police and civilian personnel from 125 countries presently serving in 14 operations.

“Nigeria is among the world’s 15th largest troops contributor to UN Peacekeeping operations and the eighth in Africa, according to a data from the UN Peacekeeping Department.

He explained that the figure included the Democratic Republic of the Congo, Mali, Central African Republic and Lebanon, among other countries.

He said Canada was also re-elected as Vice-Chair, while Argentina, Poland, Japan and Egypt were elected as Bureau members.

Itegboje thanked the members for the confidence being reposed on him and Nigeria, while promising to ensure that the Committee would deliver its mandate.

He described the re-emergence of Nigeria to reflect the confidence by the UN on the country in terms of the nation’s personnel ability and charisma in the diplomatic community.

The envoy said the re-election of a Nigerian in the poll reaffirmed the country’s position among comity of nations in peacekeeping and contribution towards international peace and security.

Itegboje said that the election had repositioned Nigeria’s leadership at the UN and also helped to keep the intergovernmental organisation focused on peacekeeping operations across the world.

“It has unique strengths, including legitimacy, burden sharing and ability to deploy troops and police from around the world.

“It also integrates them with civilian peacekeepers to address range of mandates set by the UN Security Council and General Assembly,” he added.

The envoy defined peacekeeping to mean range of activities undertaken by the UN and other international actors to maintain international peace and security throughout the world.