Buhari was on the final leg of his two-day visit to Lagos State and was due to launch a mega housing project known as the Eko Atlantic.

The 47-year-old Campbell on her part was in Lagos for fashion related stuff: “HERE FORARISE FASHION WEEK,” her tweet read in part.

An aide to the President, Bashir Ahmad, tweeted a clarification to the meeting at a time when the social media space in Nigeria began to buzz about the photos showing Buhari, Campbell, Lagos State governor and ruling party chief.

For the sake of clarity, President @MBuhari didn’t invite Ms. Naomi Campbell to any event during his 2-day visit to Lagos State. They only met at the Eko Atlantic City while Mr. President was touring the project, and she requested to take photos with him. 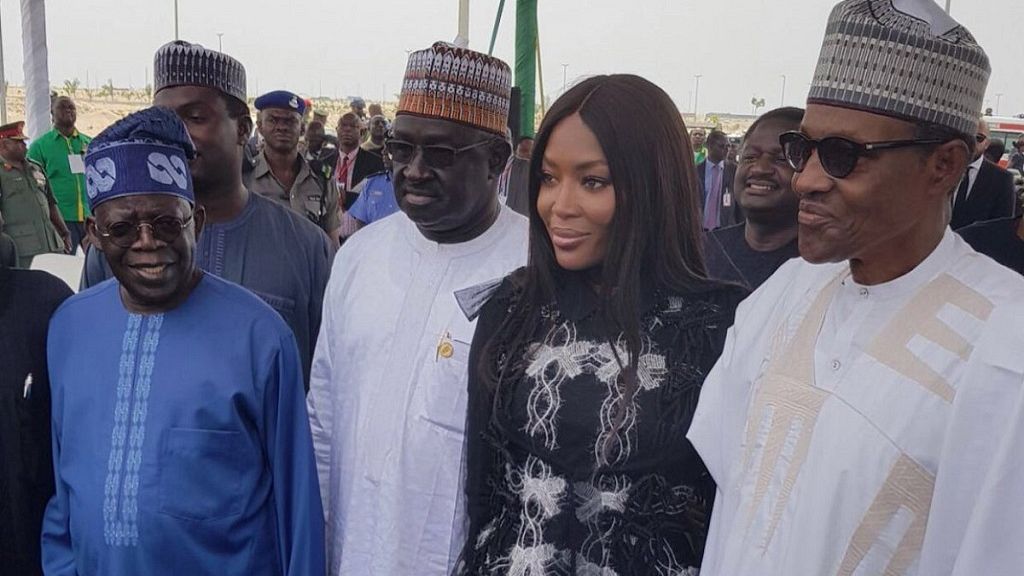 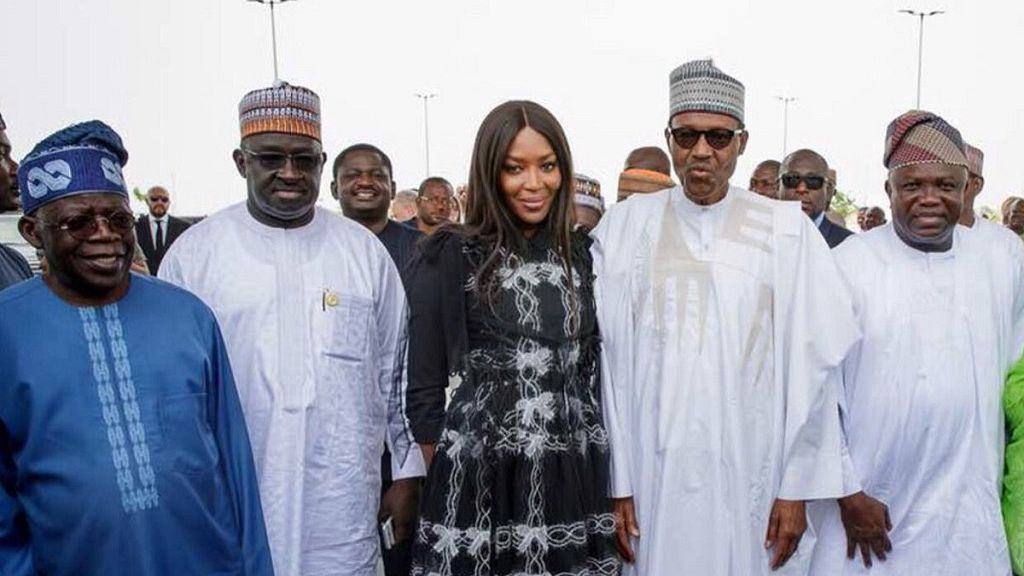 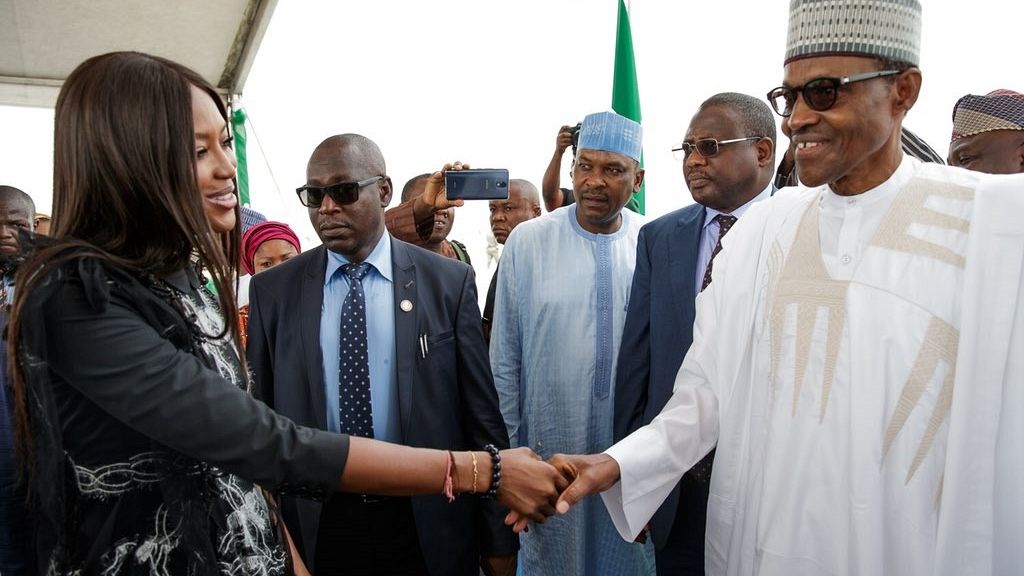 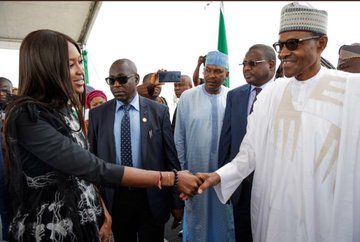 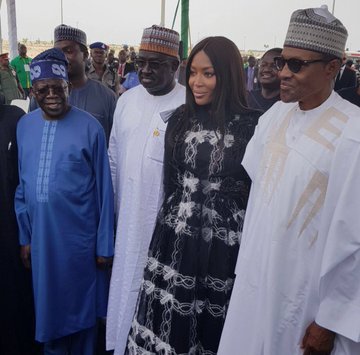 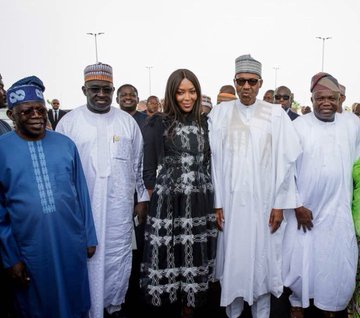 Was a pleasure to meet His Excellency The President of The Federal Republic of Nigeria, Muhammadu Buhari to the launch of Eko Atlantic. HERE FOR ARISE FASHION WEEK