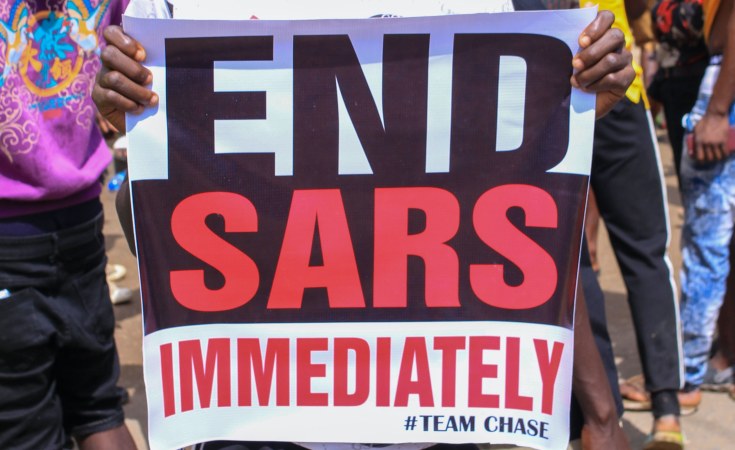 The Presidency on Thursday rejected the reports of Amnesty International (AI) on the #EndSARS protests and the ensuing crisis, describing it as “misleading and inaccurate”.

Special Adviser to the President on Media and Publicity, Femi Adesina, spoke on the Channels Television daily programme ‘Sunrise Daily’.

Adesina said the notion that the incident at the Lekki Toll Gate on Tuesday, October 20, 2020, fuelled the crisis was a misleading narrative.

He said the country had been witnessing the killing of policemen and civilians, the burning of police stations, as well as the looting and destruction of private and public property in various parts of the country before the Lekki incident.

He cited the jail breaks in Benin and Oko, the attacks on police stations and murder of police personnel in different places that happened before the alleged shooting at Lekki Toll Gate to buttress his point, saying AI’s report on the crisis was inaccurate, misplacing facts and wrong in most cases.

Adesina, while reacting to a question that the looting was a fallout of the alleged Lekki shootings, said: “You are not quite correct.

“You are falling for the narrative of Amnesty International.

“And Amnesty is wrong. Anarchy had broken loose before even Lekki.

“The prisons in Benin and Oko had been broken open before Lekki.

“Orile police station had been burnt before Lekki.

“Many policemen had been burnt before Lekki.

“So, you cannot say it was Lekki that precipitated all those things.

Look at the timelines. You will discover that it had happened before Lekki.

“So, you are falling for the gambit of Amnesty International.

“Amnesty International does not have all the facts, they don’t run this country.

“They shouldn’t know beyond what they have been told.

“They shouldn’t know more than you and I should know as media people, as watchers of developments,” he said.

Asked if it was the President’s thinking that AI’s report was wrong, Adesina said AI had been known to always make unsubstantiated reports about Nigeria.

“Many times, the military has come out to dispute facts brought out by Amnesty,” he said.

The presidential spokesman disclosed that President Muhammadu Buhari had directed the Ministers to submit reports of their engagements with stakeholders in their various states over the ensuing crisis that trailed the #EndSARS protests within the next week.

Adesina said the President ordered a mandatory submission of reports to the Secretary to the Government of the Federation (SGF) within a week, following his discovery that only two ministers had their reports ready as of this week’s FEC meeting.

Adesina, while speaking during the programme, said: “I can tell you because there was another Federal Executive Council meeting yesterday (Wednesday), the President asked for briefs from ministers who went out.

“Only two had their reports ready as at yesterday because some others were still in their respective states still carrying out their assignment.

“So, the President said all of them should turn in their reports through the Secretary to the Government of the Federation in the incoming week,” he revealed.

The presidential spokesman, who was asked about what Nigerians should expect out of the reports, said: “Well, it can only be positive.

“One, it will help us to establish the truth to some things because there are a lot of conjectures, colourations, outright falsehoods, fake news and all that.

“The Ministers can come with what is near authentic based on the consultations they are going to make.”

He said the looters of warehouses across the country took advantage of the collapsed law and order and dismissed the notion that they were hungry and angry.

“This crowd of people you see going to loot are not necessarily hungry and angry.

“They are taking advantage of the collapse of law and order that came as a result of protracted protests. Amnesty International is wrong,” the presidential spokesman said.