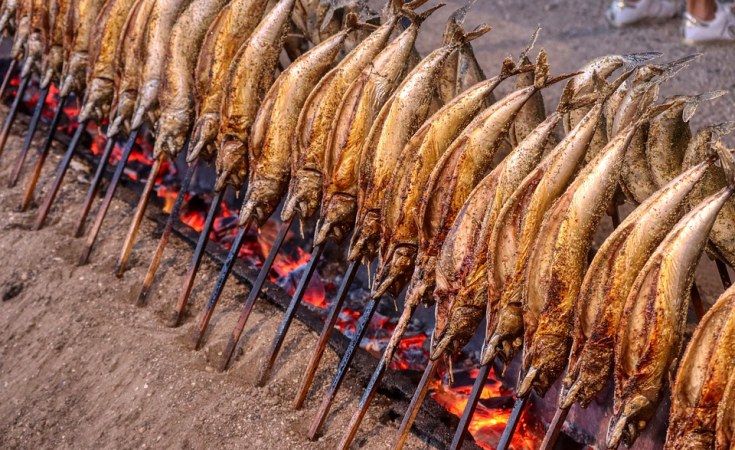 Abuja — The federal government has announced plans to end fish importation in the next two years as it asked fish importers to consider producing fish locally.

The Minister of Agriculture and Rural Development, Mr. Sabo Nanono, said yesterday in Abuja at the 35th Annual Conference of the Fisheries Society of Nigeria (FISON), that the federal government has also initiated and is implementing programmes, especially in the agriculture sector to diversify the economy.

Nanono noted that an estimated over 12 million Nigerians are actively engaged in primary and fish production, adding that contribution of fisheries to the national Gross Domestic Products is about 4.5 per cent.

“Let me inform you that the vision of Mr. President is to grow Nigeria’s agriculture sector to achieve a hunger-free nation, through agriculture that drives income growth, accelerate the achievement of food and nutritional security, generate employment and transform Nigeria into a leading player in the group of food and fish markets, and to create wealth for millions,” he said.

He said it is in this regard that the Federal Ministry of Agriculture and Rural Development is pursuing a holistic approach to the development of the fisheries subsector through the diversification programme along the value chain process.

“In line with the theme of this conference, the ministry has developed various programmes to increase domestic food/fish production and the main target is the empowerment of the youth and other groups especially the women,” he stated, adding: “All these programmes are tailored towards wealth and jobs creation, arrest and prevention of youth restiveness.” The minister said currently, the total demand for fish is 3.6 million tonnes annually while Nigeria is producing 1.1 million tonnes, leaving a deficit of about 2.5 million tonnes to be supplemented by importation.

He said as part of the measures of the ministry to reduce this importation and generate employment, the government has directed all fish importers to go into backward integration for local consumption and export to international market.

He said in this regard, several companies have complied with the policy and that the ministry is optimistic that in the next two years, Nigeria will have no business with the importation of fish.

The minister, who was represented by the Director of Federal Department of Fisheries, Mr. Imeh Umoh, described fisheries as one of the value chains in the ministry, stressing that it is the driving force for wealth and jobs creation, contribution to food and nutrition security, poverty reduction as well as the creation of numerous investments for the teeming Nigerians, “especially during the economic recession which is occasioned by the COVID-19 pandemic.”

Nanono added that the contributions of the fisheries and aquaculture sub-sector to the Nigerian economy and the ongoing economic recovery programme of the current regime are significant in terms of employment, income generation, poverty alleviation, foreign exchange earnings and provision of raw materials.

President of FISON, Mr. Adegoke Agbabiaka, stated that in order to achieve self-sufficiency in food fish production, the government in the last decade had made a paradigm shift under the Agricultural Transformation Agenda and is now considering agriculture, including fisheries and aquaculture, as a business.