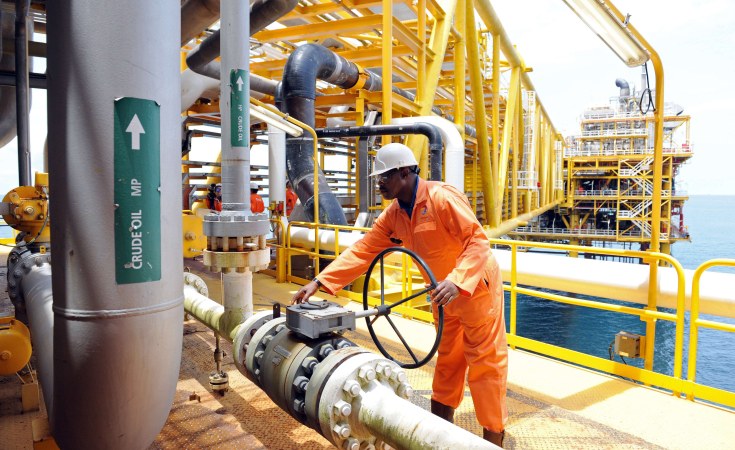 Nigeria may be heading towards another economic crisis with crude oil production threatened as the Petroleum and Natural Gas Senior Staff Association of Nigeria (PENGASSAN) has directed its members to proceed on a nationwide indefinite strike.

The strike may also affect fuel supply across the country.

The Academic Staff Union of Universities (ASUU), PENGASSAN as well as National Union of Petroleum and Natural Workers Union (NUPENG) and the federal government have been at loggerheads over the IPPIS.

IPPIS is an information communications technology (ICT) project initiated by the federal government to improve the effectiveness and efficiency of payroll administration for its Ministries, Departments and Agencies (MDAs).

The association had on November 2, 2020, issued a seven-day ultimatum to government agencies and institutions to protest its members’ inclusion in IPPIS.

PENGASSAN, in a statement signed by its General Secretary, Mr. Lumumba Okugbawa, on Sunday night, regretted that upon the expiration of the seven-day ultimatum, their demands had not been met.

“In view of the above and with the expiration of the ultimatum and subsequent extension, you are hereby advised to withdraw your services effective 12 midnight on Sunday, November 8, 2020.

“Please ensure that your branch members fully comply with this directive while you await further directives,” the statement said.

The statement urged all zonal offices to monitor compliance and report the same to the national secretariat of the union.

PENGASSAN and NUPENG had in August suspended a warning strike they embarked upon over the inclusion of oil workers in the IPPIS.

The strike was called off after agreements were reached with the federal government.

Under the agreement, the federal government agreed to pay the owed salaries without using IPPIS, while the issue of IPPS would be sorted out in the future.

It was agreed that the three months’ salary arrears owed the oil workers should be paid through the Government Integrated Financial Management Information System platform and not IPPIS.

The senior oil workers have, however, accused the federal government of reneging on the agreements.