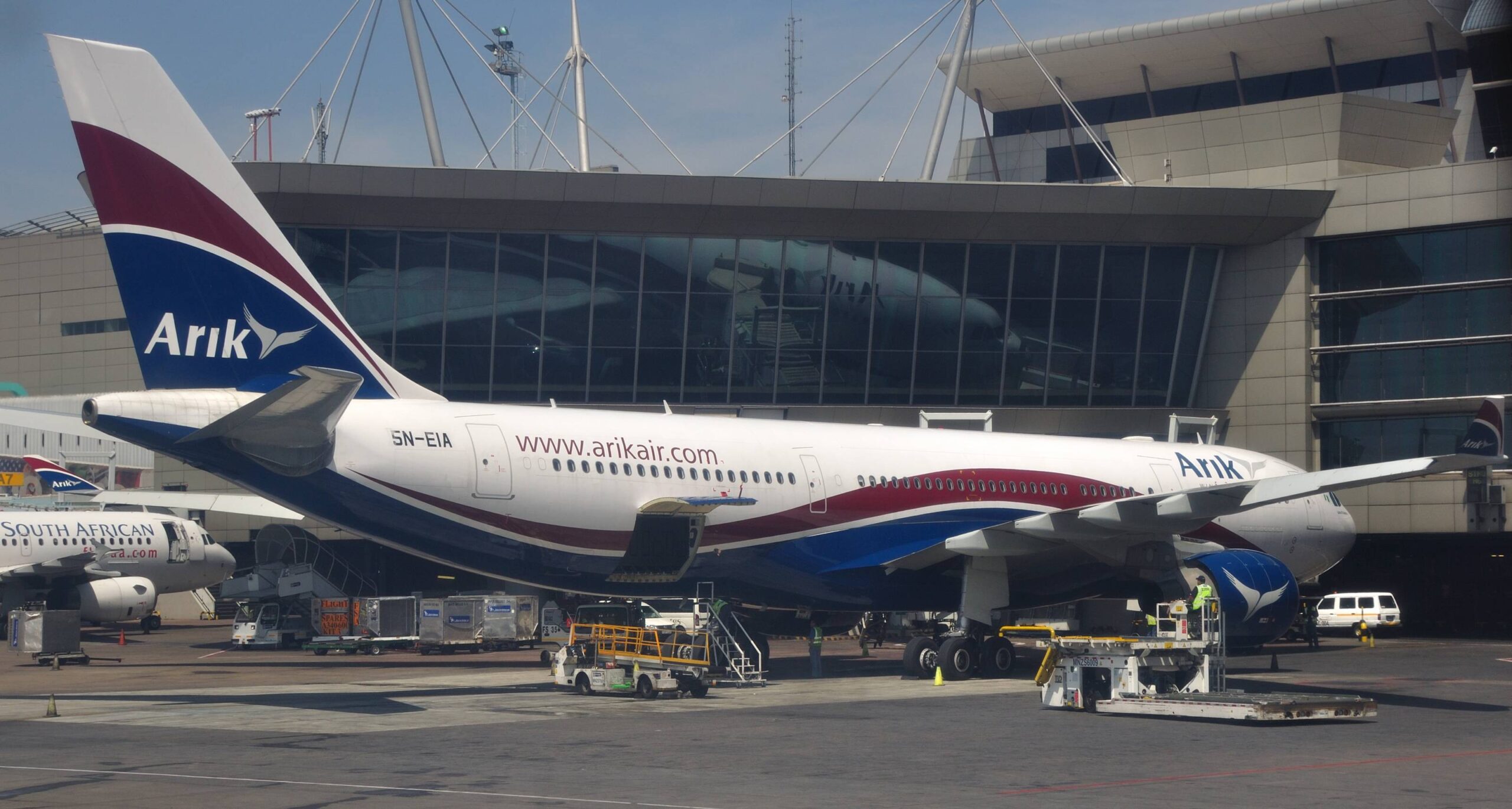 The unions grounded the operations of the airline yesterday by barricading the entrance gates to its operational headquarters in Lagos. This led to passengers of the airline being stranded across airports in the country.

Passengers were shocked on arrival at the domestic wings of the General Aviation Terminals One and Two of Lagos airport to see the airline counters empty and were told to buy tickets from other airlines to travel because the airline staff were on strike.

The union’s members carried placards with different inscriptions at the airline’s gate which read; ‘Modern Slavery in Arik Air LTD’, ‘We say No to slavery’, ‘Every worker has the right to working conditions which respects his safety, health and dignity among others’.

Addressing the protesters, Secretary-General of NUATE, Comrade Ocheme Aba said they were protesting the ill-treatment of their members during the COVID-19 lockdown.

He also said the ” management of Arik Air in a circular stated that only 20% of the staff would be needed during the lockdown with salary payments of 20% to those who would be at home and 50% to those on duty, unfortunately, till date, they were yet to be paid”.

He further said that the condition of service for the airline staff had been a lingering issue which the management was yet to facilitate despite the union’s plea.

Recall Arik Air management in a letter over the weekend addressed to the Minister of Labour and Employment and copied the Aviation Ministry, the Director-General, Nigerian Civil Aviation Authority (NCAA) called for their quick intervention to avoid a shutdown of its operations.

As at the time of filing this report, the Director-General, Nigeria Civil Aviation Authority, NCAA, has called the warring parties to a meeting tomorrow ( Tuesday) to discuss their grievances aimed at resolving all vexed issues.