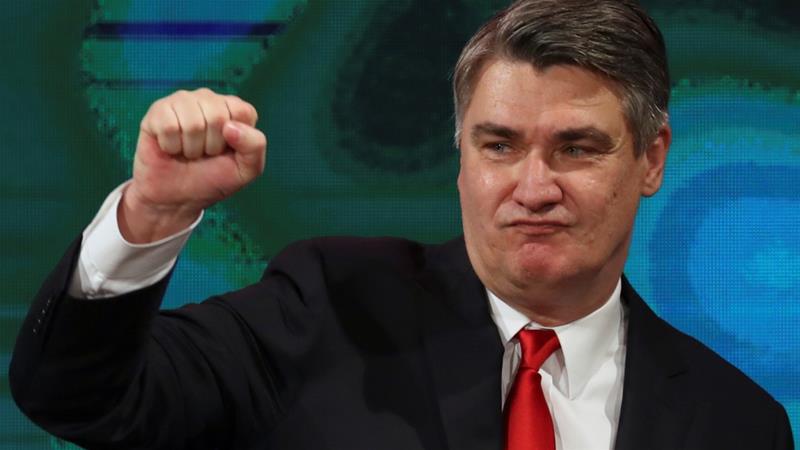 Former Croatian Prime Minister Zoran Milanovic, on Tuesday promised to tackle corruption as he was inaugurated as the country’s new President.

He replaces the conservative Kolinda Grabar-Kitarovic.

In his inaugural speech, Milanovic urged all Croatian parties to work together against the corruption affecting all spheres of life, including efforts to tackle the problem of climate change.

“I believe there is only one proper way, full and active support for the scientific community and for independent judiciary and media.

“But scientists, the judiciary and the media must continuously work on developing mechanisms against dishonesty and corruption within their own ranks,” he said.

Milanovic, 53, served a full term as Prime Minister until Jan. 2016. After his Social Democrats (SDP), lost in parliamentary elections, he quit as the party Chief and largely left politics.

He was given only a slim chance of stopping Grabar-Kitarovic, of the governing Croatian Democratic Union (HDZ), when he announced that he would run for president in the December 22 election.

Milanovic capitalized on his rival’s blunders and the declining popularity of the HDZ to win both in the first round and the run-off.

A politician who never shied away from clashing with political opponents, promised even before the elections that he would not co-exist peacefully with Prime Minister Andrej Plenkovic.

That could further aggravate Plenkovic’s position ahead of parliamentary elections in 2020.

Apart from the HDZ dropping below the SDP in surveys, he is also under pressure within the party and faces a challenge for leadership at the party congress in March.

The post of the president is largely ceremonial in Croatia, but has a say in defense and diplomacy. (dpa/NAN)