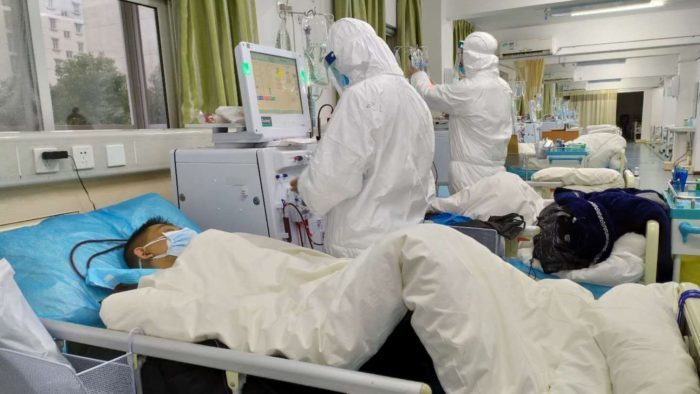 A hospital director in the Chinese metropolis of Wuhan, the epicentre of a new coronavirus outbreak, died from the disease on Monday, state media reported on Tuesday.

Liu Zhiming, Director of Wuchang Hospital, died from infection of the new coronavirus, which has so far spread to more than 72,000 people across China, the state-owned newswire China News Service said on microblogging site Weibo.

His death comes as more medical personnel on the front lines of China’s battle against Covid-19 are falling ill with the disease.

China reported last week that more than 1,700 medical workers have been infected, and at least six have died.

A total of 72,436 infections and 1,868 deaths have so far been reported across the country, the National Health Commission said on Tuesday.

Both the number of new infections and deaths dropped slightly from the past few days.

The World Health Organisation (WHO) said on Monday the number of new coronavirus infections in China appeared to be declining, though it was too early to tell if the reported decline would continue.

Zhong said he expected the situation to be “stable” by the end of April.

Cities continued to tighten their restrictions meant to curb the spread of the virus.

Beijing on Monday cordoned off its hutongs, traditional alleyways in the centre of the city, with community members restricting non-residents’ access.

The Beijing International Automobile Exhibition, which was supposed to take place from April 21 to 30, has been postponed due to the outbreak, the organisers said in a statement. (dpa/NAN)