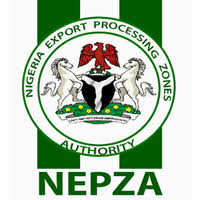 Mr Bitrus Dawuk, NEPZA Acting Managing Director, who disclosed this in a statement on Sunday in Abuja, said the partnership would help in attracting more Foreign Direct Investments (FDIs) to the Nigerian economy.

Dawuk spoke when the World Bank and the IFC delegation paid him a courtesy visit at the authority’s headquarters in Abuja.

He said that one of the bottlenecks militating against optimal performance of free trade zones was NEPZA’s obsolete legislation that was in the process of being amended by the National Assembly.

He said that after its amendment, NEPZA would be capable of generating billions of dollars worth of investments into the country.

“NEPZA is ever ready to work with the World Bank and the IFC in giving Nigeria world class free zones.

“There are already measures in place to review the outdated regulations of NEPZA to make it more favourable for foreign investors to come in and invest in the country.

“I will be on your neck from now on, especially in areas of training of my staff for optimum performance,” he said.

The leader of the delegation, Mr Feyi Boroffice said the visit was aimed at strengthening relationship with NEPZA by providing an enabling environment to attract more foreign investors into Nigeria.

Boroffice stated that it would be achieved by building anchor projects that would encourage the establishment of industries such as the Dangote Refinery and Petrochemical plant.

He said the World Bank which had the mandate of providing funding or advice for the development of countries.

“The World Bank group is the multilateral development institution so our aim is to go to all developing countries in the world to see where we can provide funding or advice to help with development.

“Out of  210 or 220 countries in the world, 150 of them are developing countries, we need to go there and see how we can help with development.

“So the typical development home treat is how we can create more jobs, increase women participation in the economic process, increase money, standard investment exports,” he said.

He explained that the World Bank had been part of the Dangote Refinery and Fertiliser plant project in Ibeju Lekki, suggesting the need for replication of such massive project across other zones of the federation.

“We are also interested in the Akwa Ibom free trade zone project which we understand is under your authority’s supervision as we appeal to you and the authority to give us the opportunity to participate in the project for the total economic benefit of Nigeria,” he said.

He, however, pointed out that  the major hindrance, in the regulatory laws of NEPZA, as captured in the 1992 establishment decree,  needed to be amended to encourage foreign investors to replicate such heights as achieved by Dangote Group of companies.

He added that there should be a legal framework across the zones to improve the union between NEPZA and the World Bank.

The IFC representative, Bambo Kunle-Salami also said the world bank always strive to provide funding and advice to the public sector and government while the IFC dwelt  more on private sectors.

“So in Nigeria we have been active for over 30 years. You all know Dangote cement plant, when Nigeria had no cement capacity, we financed that plant from its very beginning.

“We as international finance corporation deal with the private sector,” she said.(NAN)