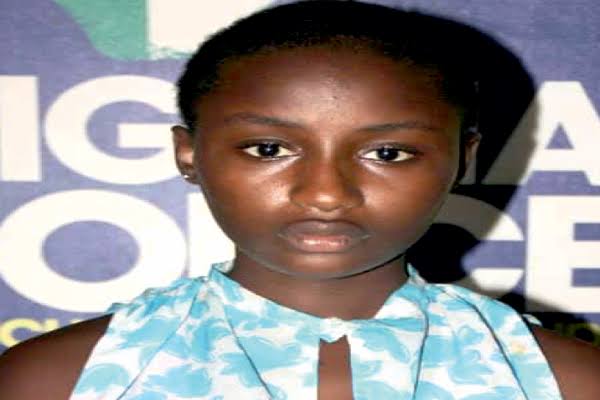 A 17-year-old girl identified as Mildred Ebuka who got missing on Thursday while running an errand in Lagos has been found by the Police in Bauchi State.

Ebuka reportedly was last seen in Lagos after he left her residence in Victoria Island on Thursday to deliver a wig cap to her Aunty’s friend in the Ikorodu area of Lagos.

On the way, she boarded a danfo bus not far from her home.

A press statement by the Bauchi Police Command through its Public Relations Officer, SP Ahmed Wakil, Friday reads, “The bearer Mildred Joshua Ebuka female aged 17yrs-old of Block 19 Ubandale street Victoria Island Lagos State, whose photograph appeared below left home on Thursday 25/08/2022 to deliver a message of a wig cap to her aunty’s friend in Ikorodu, on the way she stopped a taxi bus not far from her home, from thereon she found herself in Bauchi.

“She hails from Lagos and speaks English Language fluently. Wore light blue blouse shirt and trouser, fair in complexion and she has no tribal mark.

“The essence of sharing the information is to find her parent. She could not remember anything when she arrived Bauchi. A lady woke her up in the park, and she did not know where she was.

“So, they contacted the police, and our public relations office called my attention to it. That was why I made it public.”

“It is with utmost gratitude to GOD Almighty that Bauchi State Command have located the parent of (Mildred Joshua Ebuka) not her real name, her name is Jenifer Joshua Anga and presently she will be reunited with her family in good health condition. Thank you for your patriotism,” the Twitter post read.

The police spokesperson SP Wakil later informed that her parents were on their way to Bauchi as investigations into the matter continue, according to Channels Television.