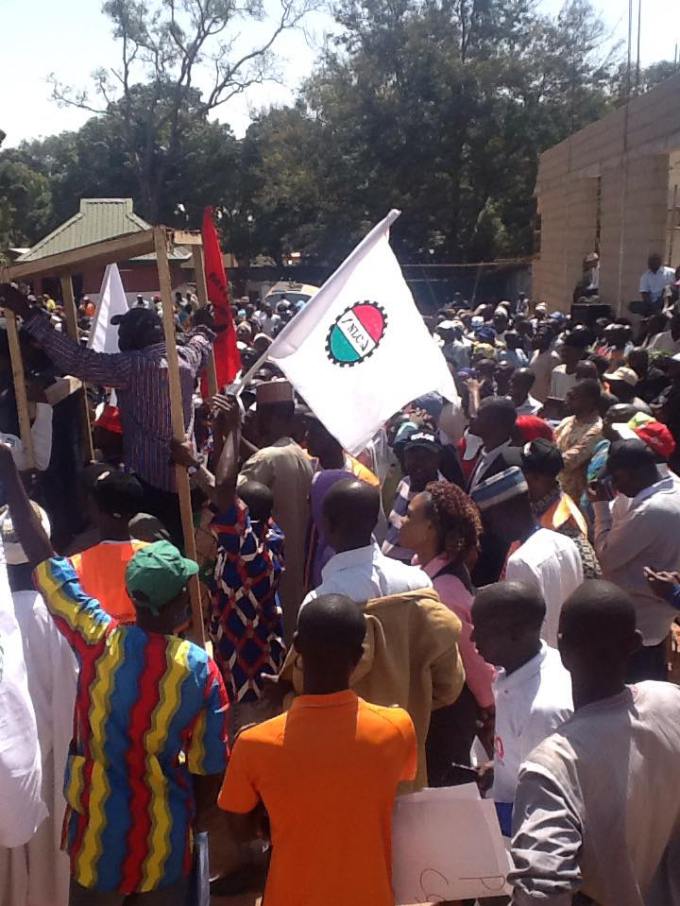 The Joint National Public Service Negotiating Council (JNPSNC) and the Representatives of the Federal Government have again failed to reach an agreement over relativity and consequential adjustment for the implementation of the new minimum wage.

Mr Alade Lawal, JNPSNC General Secretary, Trade Union Side, told the News Agency of Nigeria (NAN) that the organised labour will decide on a next line of action towards the issue of the minimum wage, saying in due time, Nigerians would be informed.

“The meeting is deadlocked, we found out that the Federal Government officials are not serious about it at all, we are suspecting fowl play or a hidden agenda somewhere.

“We have decided to report the development to our principals, including the Labour unions, Nigerians will be adequately briefed of our next line of action very shortly.”

Chairman of the Labour team, Mr Simon Anchaver, said labour negotiating team has also resolved to write to the Nigeria Labour congress and the trade union congress, TUC on their advise to consider an industrial action.

He said government’s foot dragging is an invitation for industrial action, since workers are already engulfed in fear and agitations whether their accumulated arrears will be paid when talks are finally concluded.

NAN reports that the Head of Service, Winifred Oyo-Ita, chaired the meeting, and the acting Chairman, National Salaries, Incomes and Wages Commission, as the Secretary of the negotiating council.

NAN recalls that the new minimum wage bill was signed into law by President Muhammadu Buhari in April.

However, deliberations continued as the issue of relativity/consequential adjustment of salaries still persisted.

The Federal Government had on May 14 inaugurated the relativity/Consequential Adjustment Committee which in turn set up a Technical Sub-Committee to work out the template for the adjustment of salaries of Public Service Employees.

Egbule, immediate past Chairman, National Salaries, Incomes and Wages Commission, had attributed the delay in the implementation of the “consequential adjustment” of the N30,000 new minimum wage to the unrealistic demands of labour unions.

Egbule explained that the current demand of the labour unions would raise the total wage bill too high and that was why government could not accept their proposed salary adjustments.

But labour turned down government’s offer, proposing 30 per cent increase for levels seven to 14 and 25 per cent for levels 15 to 17.

The JNPSNC declined the offer, saying that since the increase in wage from N18, 000 to N30, 000 was 66 per cent, they wanted 66 per cent increment across board for all workers.