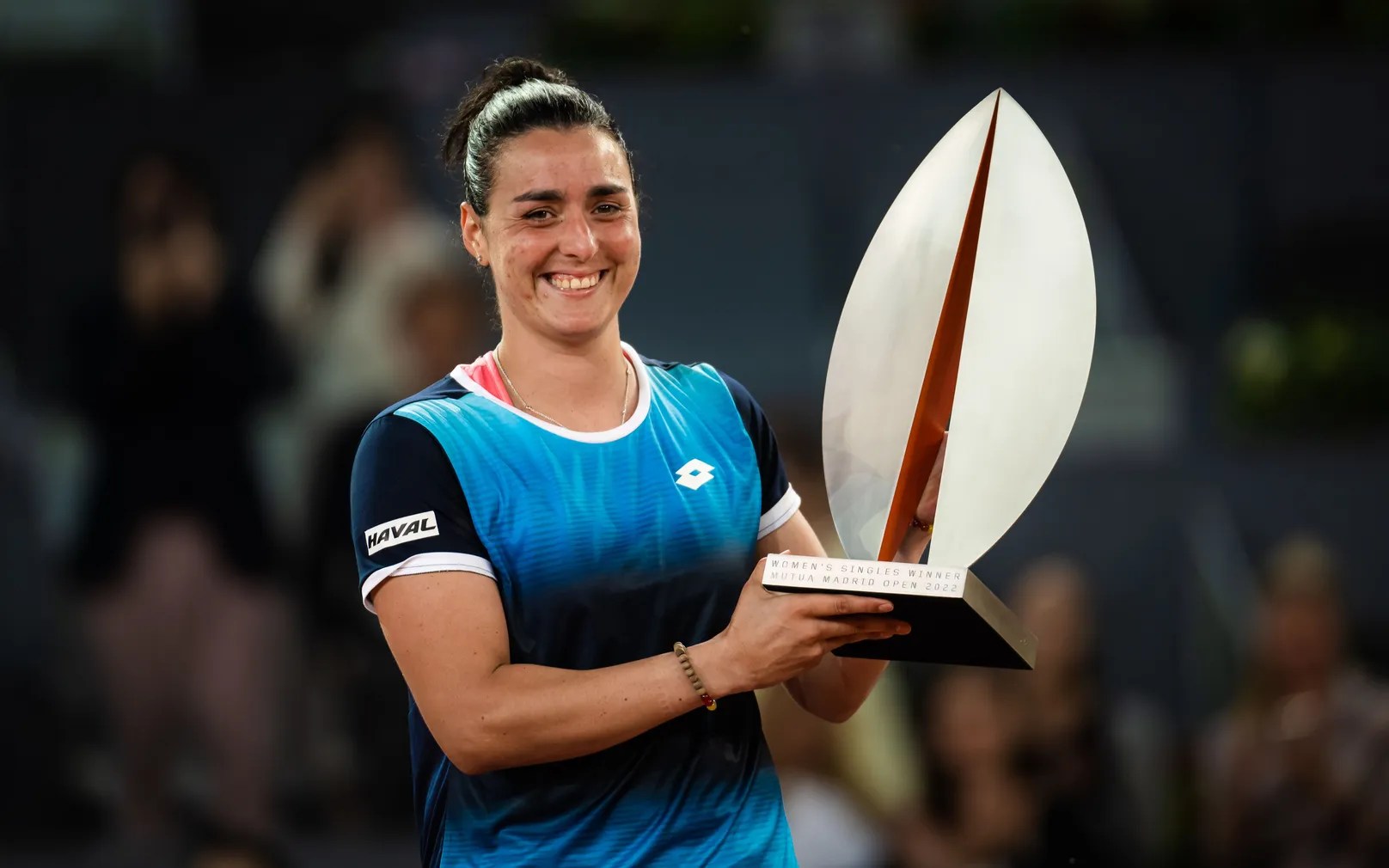 Ons Jabeur achieved another milestone Saturday, when the No.8 seed from Tunisia outlasted No.12 seed Jessica Pegula 7-5, 0-6, 6-2 to win the Mutua Madrid Open for her first WTA 1000 title.

Jabeur survived both a set point in the first set and a second-set bagel before gritting her way to a 1-hour and 54-minute victory over the American Pegula.

Jabeur and Pegula were deadlocked at 2-2 in their head-to-head coming into Saturday’s final, but Jabeur had won their past two encounters. Their four previous meetings had come on hard court, and in their first clay-court encounter, it was Jabeur who came out on top once more.

The win improved Jabeur’s record in singles finals to 2-4. Last month, she fell in a tight three-setter to Belinda Bencic in the Charleston championship match.

Jabeur’s 12 clay-court match-wins is the most among players this season.

The 27-year-old Jabeur is projected to return to her career-high position of No.7 in Monday’s new rankings.

Pegula, 28, could have made her Top 10 debut with the title, but she is still projected to reach a career-high ranking of No.11 on Monday after making the biggest final of her career.