‘Like Wuhan all over again’: As Shanghai protests, China censors | Coronavirus pandemic News 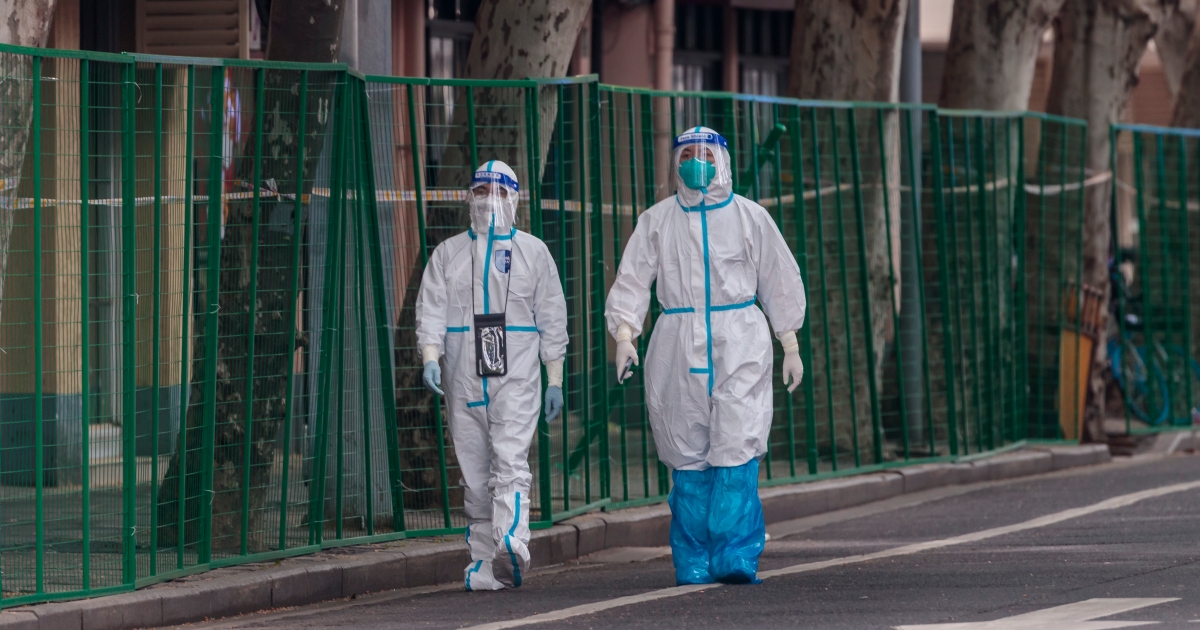 April was, by all accounts, a cruel month for the residents of Shanghai.

As an Omicron-induced outbreak of COVID-19 swept across China’s biggest city, millions of people were confined to their homes.

In an eerie echo of the lockdown imposed on the central city of Wuhan in 2020 after the virus first emerged, desperate pleas for help went unheard or were snuffed out as authorities committed themselves to stamp out the virus under China’s so-called ‘zero COVID’ strategy.

But just as people in Wuhan took to social media to show their anger and dismay at the outbreak and the authorities’ harsh response, residents in Shanghai have questioned an approach that has disrupted food supplies, separated families and strained medical resources.

With much of the rest of the world trying to live with the virus, people in Shanghai took to journals, video, audio, WeChat notes and Weibo posts to vent their frustrations and ask whether the endless confinement even made sense.

But in a country where public discourse and social media are strictly controlled, the Chinese government soon decided enough was enough, sparking a cat and mouse game between the censors and the city’s restlessly creative citizens, reminiscent of the government’s earlier battle to control the information pouring out of Wuhan.

Much of the information removed by the censors spoke of the desperation enveloping Shanghai, including many calls for help from citizens: dialysis patients begging to be admitted to hospitals, families running out of food, and a cancer patient returning from chemotherapy yet being refused entry to her apartment because of the lockdown.

One post, swiftly removed, offered a glimpse into the dangers faced by those with other diseases who died because their COVID-19 test did not come back negative, and they were refused admission to hospital.

In another article called “Asking for Help,” a netizen demanding the government pay more attention to the food supply wrote, “in a city with 25 million population, even if the basic needs of 99% of them were met, there would still be 250,000 people whose needs fell through the cracks”. The next day it had disappeared from the internet.

A sense of despair and anger reigned as the censors frantically continued to delete posts and articles that they feared were a threat to the “stability” so prized by the ruling Communist Party.

“The primary goal of CCP censorship is to prevent large-scale collective action,” said Zachary Steinert-Threlkeld, a professor at the University of California – Los Angeles (UCLA) who studies protest movements and online censorship. “The censoring is counterproductive if one thinks the goal is to prevent disgruntlement about the lockdown from spreading, but it is productive if it prevents upset individuals from coordinating action outside of their homes.”

In an attempt to outwit the authorities, some tried to re-post deleted articles or comments using different methods, such as uploading a mirror image of the original photos or translating articles into English to share daring messages across social media.

“Stand up, those who do not want to be slaves” – the opening line of the Chinese national anthem – suddenly became a sentence too daring to be seen on social media, making rounds on Weibo, China’s version of Twitter, before the topic was wiped.

“I want to say to those who are in charge of censoring: the regime that you support is s**t, the work you do is s**t, the work you do is despised by all, every post that you delete is a bullet you shoot towards yourself, you are an accomplice, and you are not innocent,” one user wrote on Weibo and the post was soon shared widely, a testimony to the brewing anger in Shanghai.

“It just felt like Wuhan all over again, and I’m still struggling to understand why censors would delete posts that basically were only people asking for help,” Billy, a Shanghai resident who asked to use a pseudonym, told Al Jazeera. “None of this makes any sense.”

But experts say it makes sense to the Chinese government, which aims to prevent the emergence of any kind of mass movement that could potentially threaten its rule.

“This has happened many times before: there is public uproar and the censors swoop in to try and wipe off the criticism, and then people are angry about the censorship,” Wang Yaqiu, the senior China researcher at Human Rights Watch, told Al Jazeera. “But if you look at the history, none of this public uproar turned into substantive protests.

“For the moment people are angry, but then over time, when the censorship becomes more stringent, the government would then be able to taper down the uproar,” she added.

Fuelled by their frustration at the city authorities’ apparent failure in maintaining food supply and the government’s commitment to ‘zero COVID’, Shanghai residents have proved unusually vocal.

“Shanghainese must realise that other countries have adopted looser approaches to COVID, especially in 2022, and probably feel there are less severe policy options available to the CCP,” Steinert-Threlkeld added.

Shanghai is also the most international city in China and home to some of the country’s most educated people, as well as a large number of foreigners and an army of social media influencers.

“These people are more prone to making their voices heard, and they have the means to do so as well,” said Wang.

The height of the censorship came on April 22 when a video called Voices of April appeared on Chinese social media.

A collection of audio recordings played against the backdrop of a black-and-white aerial view of an empty Shanghai, Voices of April chronicled the ordeal the city was going through in roughly six minutes, capturing the raw emotions of life under lockdown in the once-bustling city.

“Give us supplies,” confined residents shout from their windows.

“Can I please have some antipyretic drugs? My child is running a high fever, but hospitals are not giving us fever reducers,” another woman was heard knocking from one door to another.

“The virus won’t kill us, but hunger will,” a man says.

“What if there is a fire? What do we do?” another one shouts, audibly upset by the fences put around his neighbourhood compound, with the apparent aim of not allowing anyone in or out.

“I’m really sorry, sir. I have called all the numbers I could, and there is nothing I can do. I’m sorry,” one local official sighed as he talked to a resident who complained about the lockdown.

The heart-wrenching video was soon deleted across the internet in China even as it continued to make the rounds on Twitter and Instagram – two platforms that are blocked in mainland China.

For an extended period, nearly all articles and posts shared on WeChat Moments Feed, the rough equivalent of Facebook Feed, carried the tag of “unviewable” because they “violated rules”.

‘Voices of April’ is a video containing edited audio snippets that show the reality of a Covid-stricken Shanghai where residents struggle with feelings of powerlessness. The video seeped into every corner of WeChat, but not long after, it was gone. Read: https://t.co/uqHFFC6X6S pic.twitter.com/2z2NTAASYw

As April drew to a close, more than 12 million people in Shanghai were told on Friday they would be able to leave their homes – under certain conditions. However, more than five million remain under strict lockdown, and there is little sign of the much-vaunted ‘normal life’ that the Chinese government has long boasted was possible because of its ‘zero COVID’ strategy.

“You should feel lucky that you are living in China during the pandemic,” Zhao Lijian, the spokesperson for the Foreign Affairs Ministry, told a room of reporters during a press conference late last year as the rest of the world battled surging cases.

Amid the outbreak in Shanghai and the emergence of small clusters of infections in Beijing, many Chinese residents no longer feel so lucky.

As authorities in Beijing announced mass testing, the lockdown-scarred residents of Shanghai had a warning for people in the capital.

“Please stock up your fridge now, leave Beijing now if you can, and no matter what, don’t believe everything the government tells you,” Ding, a Shanghai resident, wrote on her WeChat soon after the campaign was announced.