Why Benue South needs Bright Ogaji as senator in 2023 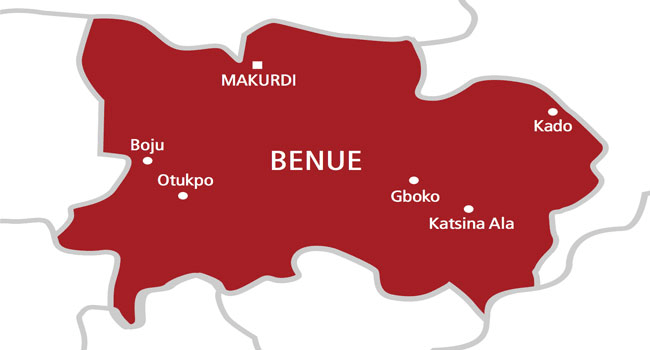 The spirit that prevails among men of all degrees, all ages and sexes is the spirit of liberty – Abigail Adams, former United States first lady.

The world over, democracy is the most legitimate form of government because of its penchant for equity, justice, and the rule of law which invariably brings peace and development. This is instructive to why most of the global icons – from the great Mahatma Gandhi to Nelson Mandela – are heroes of democracy who fought tooth and nail for the political liberation of their people.

Today, there is a ‘Messiah’ rising from the heart of Igede nation for the liberation of the people of Benue South Senatorial District, in the person of Chief Hon. Bright Igodo Ogaji, the Odukanho of Epwa-Ibila and Alagbajuju 1 of Egbema Kingdom.

Armed with the passion to rescue his people (Zone C) from the socio-political and economic crunches, and the obvious need for quality and effective representation at the red chamber, Chief Ogaji, an accomplished businessman and astute philanthropist, ventured into the race to represent the good people of Benue South at the Senate on the platform of the People’s Democratic Party (PDP), ahead of the 2023 general elections.

His declaration of interest to contest for Senate was greeted with widespread jubilations, especially amongst his Igede people and friends who are abreast with his track records and antecedents as former Chairman of Oju local government council.

According to some pundits of Benue politics, his (Ogaji) scintillating performance as executive chairman of Oju could only be compared to that of the first executive governor of Benue state, the late Aper Aku, who was called upon (elected governor) to replicate his unequivocal strides as Chairman of Kwande local government, across the state.

Chief Bright Igodo Ogaji, who is the Chief Executive Officer of Synergy Group of Companies – comprising oil and gas, tourism and hospitality, as well as automobiles with branches in Nigeria and the United States, was nicknamed “I Go Do”, an anglicisation of his middle name ‘Igodo’ – because of his dispositions to doing good and his integrity of keeping to his words.

“As an individual, I stand to represent you in the red chamber to bring the needed leadership and stewardship on behalf of the good people of Zone C. And I tell you this again, you know leadership is all about the people. Representation is all about service. And when you want to serve the people, it is not possible for you to bring the biggest man in your community to serve you. Is it possible? Will you be able to send him a message? Will you be able to send him on an errand? He would rather lord himself over you. But this is just me, just like all of us here.

You can come to me. I can come to you. You can access me. And we can interface and discuss issues. What I will represent for the good people of Zone C is participatory service,” the Senatorial hopeful stated, while addressing stakeholders in one of the local government areas.

While Chief Bright Ogaji has not based his campaign on sentiments, it is on record that all the sections that made up Benue South Senatorial District, viz: Old Otukpo, Old Okpokwu and Old Oju, had produced Senators except Old Oju where, Chief Ogaji hails from.

Apart from the fact that it is the turn of his own section (Old Oju/Igede) to produce the next Benue South Senator, Chief Hon. Bright Igodo Ogaji, who holds B.Sc. (Hons) and M.Sc. degrees in Criminology and Security Studies as well as Peace Studies and Conflict Resolution from the National Open University of Nigeria, has the resumè and capacity to lead even the United States of America.

He embodies the hopes and aspirations of the marginalized people of Zone C; the Igedes, the Ufias, the Akweyas, the Agatus, the Ezzas. He is also a symbol of liberation for the entire Benue South Senatorial District which has been marginalised in Benue politics since the creation of the state.

The election of an Igede man from a supposed minority section of Zone C as Senator will no doubt give more credibility to the call for an Idoma Governor in Benue State.

More so, history has shown that the people of the defunct Idoma Division (Benue South Senatorial District) are better united when an Igede man is at the helm of the Zone. It is a well known fact that Idoma land witnessed more progress during the reign of Agaba’idu Abraham Ajene Okpabi, Och’Idoma (II), an Igede man, than any other Och’Idoma. His (Okpabi) legacies are still palpable, even in the Idoma “red and black” traditional attire that has now gone global.

Having an Igede person as Senator of Zone C entails that the people (of defunct Idoma Division) will have one voice, socio-cultural and political renaissance as well as a sense of belonging and ultimately, peace, unity and development.

Born on the 3rd March, 1973 to the family of late Pa Ogaji Ikoni of Epwa-Ibila, in Ibila Council Ward of Oju Local Government Area of Benue State, Chief Bright Ogaji, by dint of hard work and dedication, rose to the pinnacle of business world as Chief Executive Officer. His youthful hue, sagacity and eloquence epitomizes the kind of leader the people of Benue South need to voice their concerns at the Senate.

As delegates across the 102 council wards of Benue South warm up to elect the flag-bearer of the PDP in the coming weeks, I cannot but appeal to the consciousness and collective sensitivity of the great people of Idoma, to consider the youngest but bravest contender, Chief Bright Ogaji as their choice, for the sake of equity, fairness and justice.