Libya: Over 250,000 children at risk of vaccine-preventable diseases 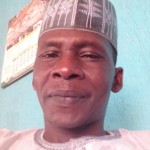 More than 250,000 children in war-torn Libya face the risk of developing vaccine-preventable diseases, UNICEF and WHO said.

The United Nations Children’s Fund (UNICEF) and the World Health Organisation (WHO) said that said in a joint statement on Monday.

“The lives and health of over a quarter of a million children, under one year of age, in Libya are at risk from vaccine-preventable diseases due to critical shortages in vaccine supplies,’’ UNICEF and WHO said.

The situation is made worse by the ongoing armed conflict and the COVID-19 pandemic, as well as the disrupted health care services, regular power cuts, shortages of safe water and closure of schools, the statement said.

“There is an urgent need to ensure an uninterrupted flow of funds for vaccine procurement to cater for the current shortfall,’’ said Abdel-Rahman Ghandour, UNICEF Special Representative in Libya.

“UNICEF renews offering its procurement services to the Government of Libya to procure WHO prequalified vaccines at competitive prices and have them delivered to Libya urgently.’’

Due to years of armed conflicts and instability, Libyan authorities have been struggling to provide basic services for the people, in particular proper education and healthcare.

The east-based army has been fighting the UN-backed government to seek control of the capital Tripoli since April 2019.

The conflicts have killed and injured hundreds of civilians and displaced more than 150,000 others. (Xinhua/NAN)