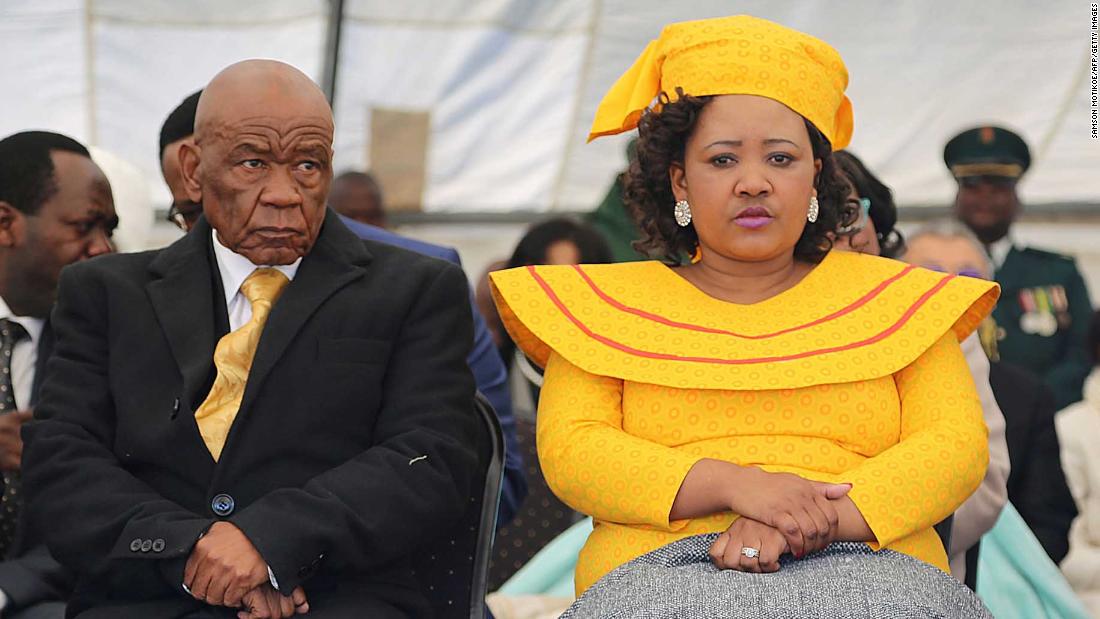 Police had earlier said they wanted to charge the Prime Minister with the murder of his former wife, Lipolelo Thabane who was killed outside her home in the capital Maseru in 2017.

His legal team, however, convinced magistrate Phethise Motanyane to refer the matter to the High Court (sitting as the Constitutional Court), because, as Prime Minister, Thabane may have immunity from prosecution.

No date has been set for that hearing.

The 80-year-old looked at the ground for much of the proceedings flanked by First Lady Maesiah Thabane and various senior members of his government.

The Prime Minister was a no-show for a court date last Friday. His office later said that he had rushed to South Africa for medical treatment, insisting that he was not trying to avoid the charges against him.

Maesiah Thabane has already been charged with murder and attempted murder of the former first lady Lipolelo Thabane and a friend. She is out on bail and is yet to enter a plea.

Police say that eight other suspects will be charged over their links to the case, although their names have yet to be made public.

The details of the case have gripped the country, forced Prime Minister Thabane to promise his resignation and opened the lid on the murky power politics that have long dominated Lesotho’s culture.

When — and if — the case comes to trial, observers say that prosecuting sordid allegations against one of the most powerful figures in Lesotho will be a stiff test of judicial independence.