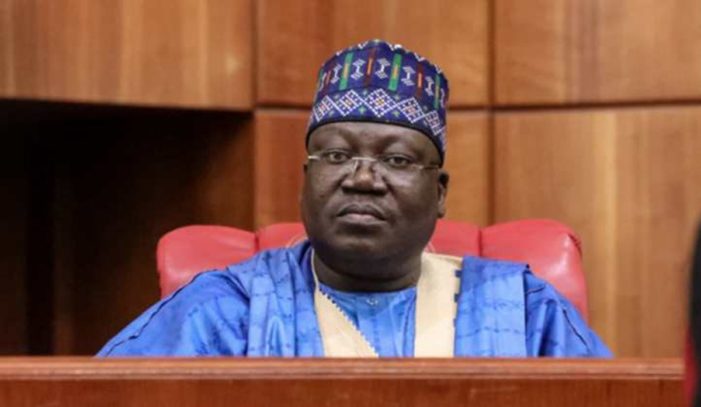 President of the Senate, Ahmad Lawan, has commiserated with the family of late Sen. Ignatius Longjan who died at a Turkish hospital in Abuja on Sunday.

Mr Ola Awoniyi, Special Adviser on Media to Lawan, made this known in a statement on Monday in Abuja.

Lawan also condoled with the government and people of Plateau over the sad loss of the senator who represented Plateau South at the Senate before his death.

The Senate President acknowledged the contributions of Longjan both at the state and national levels as former Chairman of the Board of Governors of the National Institute for Policy and Strategic Studies (NIPSS),Kuru.

He was also a former Chief of Staff at the Government House in Jos and Plateau Deputy Governor between 2011 and 2019.

The Senate President prayed God to grant those he left behind the fortitude to bear the great loss.(NAN)