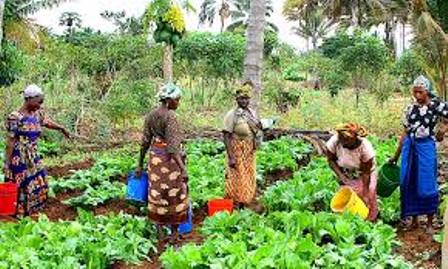 Lagos State Government says it has empowered 200 beneficiaries of the Agripreneurship Programme (LAP) to boost food security and achieve self sufficiency.

Mr Gbolahan Lawan, the State Commissioner for Agriculture, stated this at the graduation of the first batch of the participants at the Agricultural Training Institute, Araga Epe on Sunday.

Lawal said the participants were exposed to world class threshold and practical training in poultry, aquaculture, piggery and vegetable production as well as business management, entrepreneurship and e-agriculture.

He said the programme achieved its objectives of engaging, equipping and empowering women and youths to become world class agripreneurs and boost food production level in the state.

Lawal reiterated state government commitment to the implementation of the second phase of the programme designed to promote partnership between the state government and existing farms/agribusinesses.

The commissioner noted that it would help the state to attach beneficiaries to agribusinesses closet to their residences for internship pending linkage to sources of finance.

Lawan said that government would also facilitate access to financing for the 200 beneficiaries as well as establish additional enterprise-specific farm estates in the state.

He explained that participants would be allocated land space according to the enterprise of interest farm estates.

According to him, the programme is conceptualised by the state government to address problem among youth and women the state.

He said: “I am delighted to report that the Lagos Agripreneurship Programme flagged off on Feb. 10, 2020, has trained 200 participants comprising 100 males and 100 females.

“Of this number, 135 were trained in the poultry and piggery value chains while 65 in aquaculture value chain.

“Let me; therefore, congratulate all the beneficiaries for being part of the army of job creators and food producers that we desire to build.

“It is my belief that this is the beginning of your greatness and I sincerely urge you to manage and utilise the knowledge and skills that you have acquired during the course of this 30-day training to your maximum advantage”.

The commissioner explained that the previous administrations in the state had embarked on a journey to creating jobs, alleviating poverty and ensuring food security in the state through the establishment of agriculture-based Youth Empowerment Scheme popularly known as “Agric-Yes”.

He said the scheme resulted in the training of 600 youths in various agricultural value chains over the years.

“In view of the increasing rate of unemployment among youths and women, this is like a drop in the ocean.

“As a result, the administration of Mr Babajide Sanwo-Olu evolved a new approach; the Lagos Agripreneurship Programme (LAP).

“It is capable of training and empowering a much larger number of women and youths in the agricultural value chains such as aquaculture, poultry, piggery and vegetable as well as equipping them with entrepreneurship and e-agric skills among others,” the commissioner said.

Lawal said that a committee would be set up to look into their business plans in order to facilitate funds and grants through partnership with the CBN and ETF with a view to placing them in the value chain that they are best suited for.

Also speaking, Special Adviser on Agriculture, Ms Abisola Olusanya, urged the participants to fill in the gaps in the agricultural value chain by adding value to the system.

She advised them to be accountable to what they had learnt during the training and the society at large, adding that they must give back to their immediate communities.

One of the beneficiaries, Olayinka Alabi, lauded the state government for the youth and women empowerment initiative, adding that the gesture exposed them to several opportunities in agricultural value chains and promised utilise it.

Olarinde would be given a land in any location of her choice within the state farm estates settlement to farm.

While Ibrahim Adele and Adeola Diyaolu, emerges best students in entrepreneurship and e-agriculture.