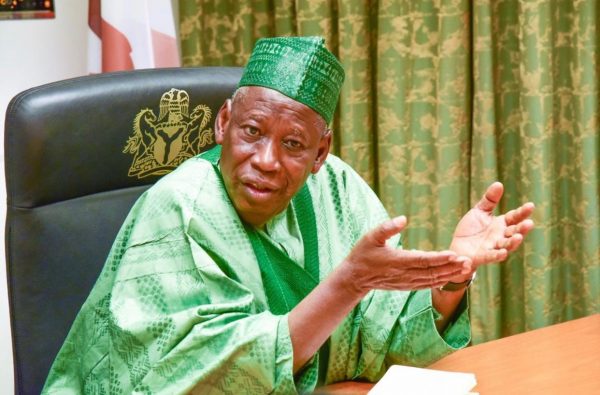 By Muhammad Nur Tijani
Gov. Abdullahi Ganduje of Kano State has renewed the appointment of Alhaji Muhuyi Rimingado as Executive Chairman of the Kano State Public Complaints and Anti-Corruption Commission for a second term.

Ganduje made this known in a statement by Malam Abba Anwar, the Chief Press Secretary, on Wednesday in Kano.

According to him, the reappointment of Rimingado is for a second term of five years with effect from May when the first term ends.

‘’As the tenure comes to an end next month and by virtue of the Law establishing the Commission, this development of tenure extension, makes his tenure abridged leaving no vacuum in between.

“It is important to know that the Chairman was able to steer the Commission in the right direction, to become a subnational example of both Ombudsman and anti-corruption agency,” he said.

Ganduje said that Rimingado was instrumental to reshaping and redirecting the state anti-graft body to be more visible and people-centred.

He said that the Commission performed wonderfully well during the first tenure of Rimingado, adding that the government did not interfere in its activities.

Ganduje said that his administration appreciated the efforts of the chairman, particularly in the areas of dispute settlement, protection of human rights and recoveries of funds.

He said that the government would continue with its policy of zero interference with the Commission’s activities under its law as clearly manifested in its 5-years performance under his administration.

Ganduje urged the Chairman to redouble his effort to continue to serve the State and the nation at large in line with global best practices.