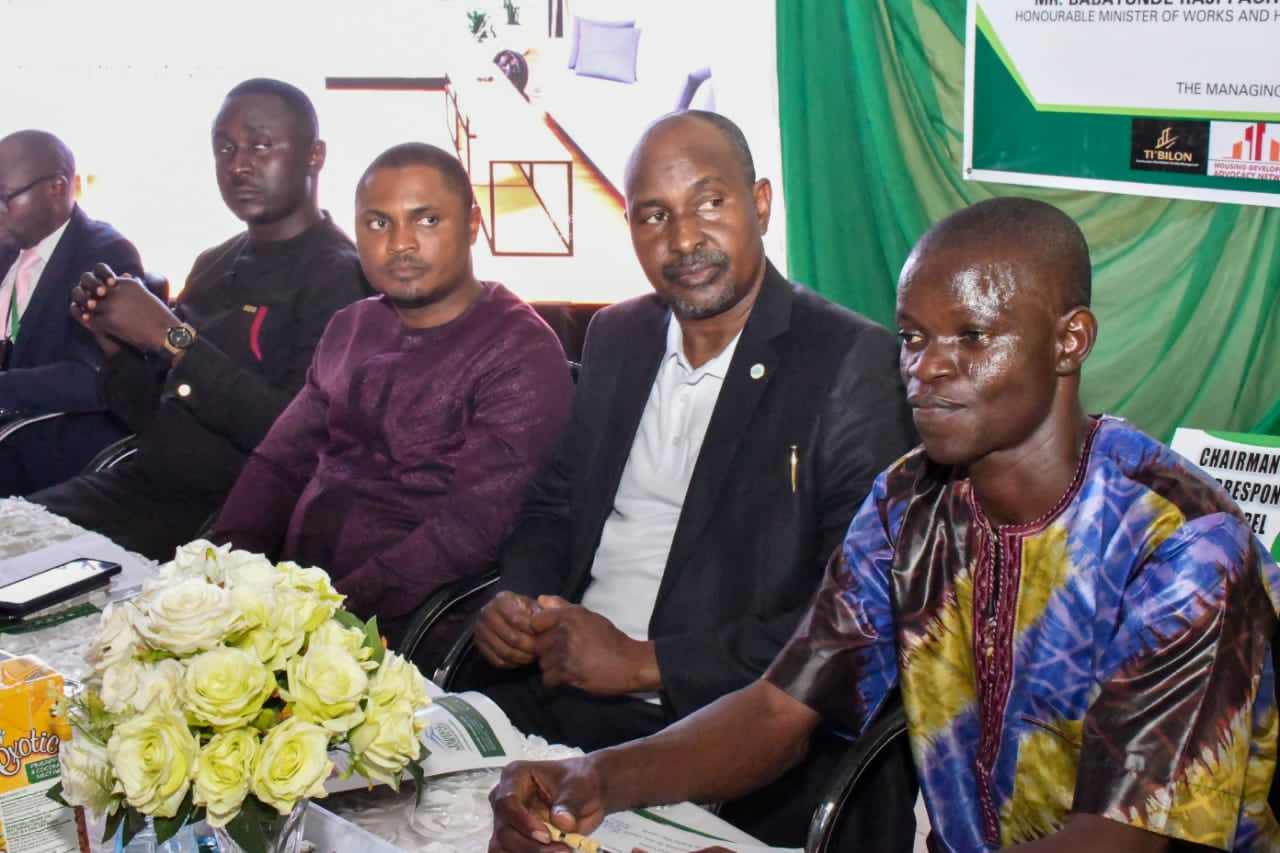 A call has gone to the federal government, Mortgage banks and housing stakeholders in the real estate sector in the country on the need to facilitate affordable houses for Nigerian Journalists.

This came to the fire during a brainstorm session bordering on finding lasting solutions to the housing deficit challenge in Nigeria.

The event which was organised by the Nigeria Union of Journalists ( NUJ ) Correspondents Chapel FCT Council in collaboration with Housing Development Advocacy Network ( HDAN ) was titled : ” Housing for All: The Role of Cooperative Societies and Financial Institutions”

They averred that the fulcrum of the Nigerian economy is the low-income workers and that their daily earnings can be aggregated and harnessed to reduce the housing deficit in Nigeria.

In his opening remarks at the event, Chairman of the NUJ FCT Correspondents Chapel, Comrade Jide Oyekunle called on the federal government to develop a special programme of action to make affordable houses available for journalists in the country.

Comrade Oyekunle averred that Nigerian journalists have served the country with dedication and patriotism, and therefore, deserve a better living, saying the role of the media in affordable housing cannot be overemphasized, particularly as at the moment the country is faced with a challenge of 28 million housing deficit.

Oyekunle especially stressed the need for the Nigeria government to act fast on the growing housing shortage and not be left behind in achieving Number 11 of the United Nations Sustainable Development Goals (UN-SDG), which states that by the Year 2050, over 6.5 billion people will be living in cities.

He said: “Nigerian journalists have served this country with dedication and patriotism and they deserve a better living.  They have risked their lives over the years in bringing succour, hope and healing the wounds of many Nigerians with their reports.

“However, many cannot boast of a decent home of their own. They are the mirror for the society to see itself but they suffer in silence. The Nigerian government and private sector should bridge the housing gap, particularly for our members.

“We are using this occasion to call on the Nigerian government to come up with a special program of action exclusive for journalists that will lessen the stringent conditions associated with accessing loans to enable them to build houses of their own”.

Group Company Secretary said his firm is already leading a paradigm shift in that direction.

“ We are already leading a paradigm shift as a company in this direction to refocus attention on the middle-class earners on how to provide affordable housing for them.

Also speaking, the Managing Director of TI Bilon Construction Limited, Mr Toochukwu Nnamoko opined that the Nigerian economy has had adverse effects on the citizenry, stressing that it is now difficult to even rent a house, let alone own one.

“The Nigerian economy has not been favourable for Nigerians to be able to own their own houses or even rent one. The economy makes it more difficult for the common man to own a house.

“There are three key needs of man: food, housing and clothing. Housing is an issue that concerns every one of us. As people hit the age of 18, what comes to mind is how to own a house or rent one,” he said.

Speaking during the  conference, the Managing Director of Federal Mortgage Bank of Nigeria (FMBN), Mr Madu Hamman, who was also the Guest Speaker at the event, tasked the NUJ FCT Correspondents’ Chapel to set up a cooperative society.

Hamman stressed that the FMBN was established to ensure the constant supply of loans to Nigerians for the purpose of building, purchasing and improvement of residential houses, especially low-cost housing for low-income workers.

Hamman disclosed that since its inception, the FMBN has been disbursing National Housing Fund (NHF) loans to contributors through the Primary Mortgage Banks (PMB) as well as Estate Development Loan (EDL).

“The Bank took this decision considering the huge potentials in leveraging on Cooperative Societies to deliver on its mandate to contributors of the National Housing Fund and increasing the housing stock,” the FMBN MD, represented by Lawal Isa, Group Head, Special Products Group, stated.

Reeling out the requirements for a cooperative society to access FMBN loans, Hamman disclosed that the Bank has disbursed N29.4 million to facilitate the development of affordable housing across the country. He also disclosed that 7,710 units of houses have been built.

In his remarks, the Chairman, NUJ FCT Council, Comrade Emmanuel Ogbeche charged stakeholders in the housing sector to rid their fold of quacks, who undermine their noble contributions to public prosperity and national development.

While describing the one-day conference as an epoch event and first of its kind, Ogbeche stressed that the issue of housing is very critical and that as one ages there is apprehension as to where to stay.

Highlighting land acquisition, loan accessibility and high interest rate as the challenges with owning a house, the NUJ FCT Council Chairman commended the Chapel for organizing the conference.

He expressed the desire of journalists to participate in owning homes from the developers but the go challenge of players with questionable credentials, has dissuaded many to re-think on such investments.28

“It is my hope that after the conference, members of the NUJ will become house owners,” Ogbeche said.