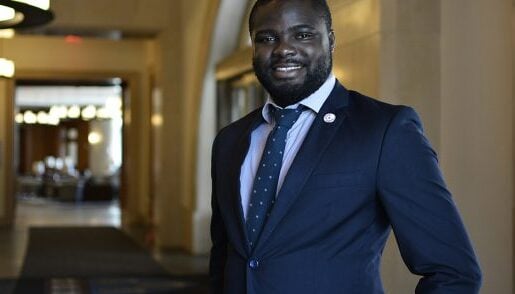 A well-known and respected figure in African tech for his part in the creation of the payment platform Flutterwave and the software trainer Andela, Aboyeji has, for the past two years, been working on investing in start-ups on the continent.

Called Future Africa, his venture capital company has announced the establishment of an office in Tel Aviv, the home to the geolocation application Wave – bought by Google in 2013 – and to the controversial surveillance company NSO Group.

To break into this Israeli market known for its expertise in cybersecurity, the Nigerian investor enlisted the services of Caleb Zipperstein. This former associate director of the Israeli venture capital fund, OurCrowd has an address book full of in potential investors (limited partners) from the world of tech and politics.

The investment company Future Africa was co-founded with Chuba Ezekwesili, co-founder of the design studio Akanka, computer scientist Olabinjo Adeniran and Barakat Adenike Sheriff, former content creator for Hotels.ng where she crossed paths with Adeniran. By 2020, it claimed to have 160 limited partners and to have injected more than a million dollars in total into 14 companies.

Aboyeji’s company says it invested another $3m in 13 start-ups in the first five months of 2021.

The latter brings together the funds of various investors and business angels to whom five start-ups are presented each quarter. The minimum ticket to be invested by each member of the fund is $5,000.

The entrepreneur will also be responsible for overseeing Future Africa’s upcoming expansion into Dubai and London. His goal is to expand the ranks of the 300 limited partners that Future Africa already has.

In 2020, the company which, in addition to Lagos and Tel Aviv, has an office in San Francisco, claimed to have $12m under management. Its portfolio includes big names in Nigerian and pan-African tech such as geneticist 54Gene ($19.7m raised since its creation), logistics company Kobo360 ($37.3m raised) and its Kenyan cousin Lori Systems (nearly $38m raised), as well as trading platforms Bamboo and Chaka ($1.5m raised).

The venture capital firm also participated in the recent $15.5m Series A funding round of the American fintech Pngme, whose ambition is to expand on the African continent.