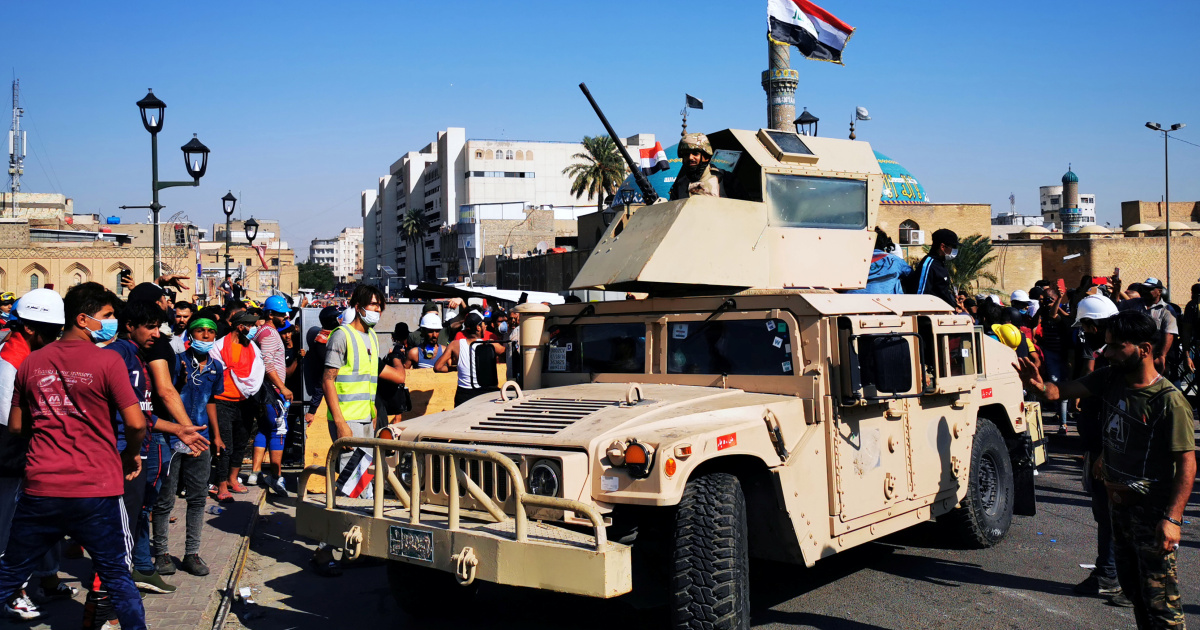 With the threat of an ISIL resurgence ever-present in Iraq, al-Kadhimi stressed Baghdad was not seeking a full withdrawal.

Iraq’s prime minister has said his country no longer requires American combat troops to fight ISIL (ISIS), but a formal timeframe for their redeployment will depend on the outcome of talks with US officials this week.

Mustafa al-Kadhimi said in an interview with The Associated Press news agency that Iraq will still ask for US training and military intelligence gathering, but will seek a timeline for the withdrawal of combat troops, which was announced in April amid ongoing talks between Washington and Baghdad.

“There is no need for any foreign combat forces on Iraqi soil,” he said in the interview published on Sunday before a planned trip to Washington, where he is slated to meet President Joe Biden on Monday for a fourth round of strategic talks.

“The war against IS [ISIL] and the readiness of our forces requires a special timetable, and this depends on the negotiations that we will conduct in Washington,” he added.

Al-Kadhimi will visit the White House amid growing pressure, particularly from Shia political groups, for a reduced US role in the country.

Increased attacks by Iran-aligned militias in Iraq on US installations has further underscored al-Kadhimi’s limited control over powerful actors in Iraq.

Meanwhile, the threat of an ISIL resurgence remains ever-present in Iraq, with al-Kadhimi careful to stress Baghdad is not seeking a full withdrawal.

“What we want from the US presence in Iraq is to support our forces in training and developing their efficiency and capabilities, and in security cooperation,” al-Kadhimi said.

“Iraq has a set of American weapons that need maintenance and training. We will ask the American side to continue to support our forces and develop our capabilities,” he said.

The US troop presence has stood at about 2,500 since late last year when then-President Donald Trump ordered a reduction from 3,000.

Previously, former President Barrack Obama had withdrawn US forces from Iraq in 2011, creating a security vacuum that aided the rise of ISIL. US troops were redeployed in 2014.

It remains unclear exactly how Washington and Baghdad are defining combat troops and how many troops would actually be redeployed under the plan.

US and coalition officials have maintained that US troops are no longer accompanying Iraqi forces on ground missions and that coalition assistance is limited to intelligence gathering and surveillance and the deployment of advanced military technologies.