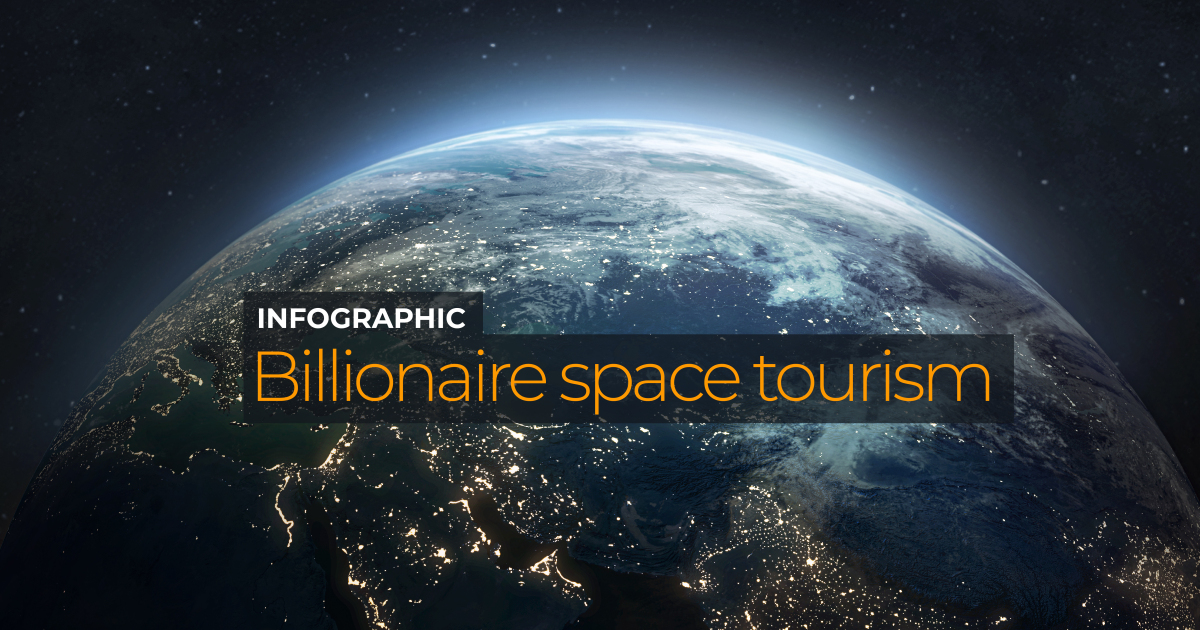 Billionaires Richard Branson and Jeff Bezos are set to fly into the final frontier on board their own spacecraft during the month of July.

On July 11 at 14:30 GMT, Branson, founder of the Virgin Group, along with two pilots and three other passengers will lift off from Virgin Galactic’s operational base at Spaceport America in the New Mexico desert. His crew will reach a peak altitude of some 89km (55 miles) and experience a few minutes of weightlessness before making a gliding descent back to Earth.

Nine days later, on July 20, Bezos, Amazon executive chairman will blast off from a reusable rocket from a launchpad in west Texas with five others including his brother Mark. His crew will reach an altitude of roughly 100km (62 miles).

Reaching the edge of space

Branson is known for his daredevil mogul reputation with a legacy of seafaring and hot-air balloon expeditions. He is set to promote his fast flourishing astro-tourism venture by projecting into the suborbital space.

The spaceplane will be released by a twin-fuselage carrier jet dubbed VMS Eve (named after Branson’s mother) to an altitude of 50,000 feet (15,240 metres), where Unity will be released, and soar by rocket power in an almost vertical climb through the outer fringe of Earth’s atmosphere.

At the summit of its flight some 89km above the New Mexico desert, the crew will experience a few minutes of weightlessness before making a gliding descent back to Earth. The flight is expected to last about 90 minutes and will be live-streamed.

Virgin’s Unity 22 mission marks the 22nd test flight of the spacecraft and the company’s fourth crewed mission beyond Earth’s atmosphere.

Although the mission is seen as a potential milestone in helping transform citizen rocket travel into a mainstream commercial venture, spaceflight remains an inherently hazardous endeavour.

An earlier prototype of the Virgin Galactic rocket plane crashed during a test flight over the Mojave Desert, California in 2014, killing one pilot and seriously injuring another.

Branson’s Sunday flight is upstaging rival Bezos and his space company, Blue Origin by nine days in what is called “the billionaire space race”.

Bezos, the founder and former CEO of online retail giant Amazon.com, is slated to fly on board Blue Origin’s suborbital rocket ship, the New Shepard on July 20.

Virgin Galactic and Blue Origin, along with fellow billionaire entrepreneur Elon Musk’s SpaceX, are competing head-to-head in the emerging business of space tourism, though Musk has a big head start.

SpaceX, which plans to send its first all-civilian crew (without Musk) into orbit in September, has already launched numerous cargo payloads and astronauts to the International Space Station.

Who is on board?

VSS Unity has two pilots, Dave Mackay and Michael Masucci who will control the ignition and shut-off of the ship’s rocket engine, and activate the vehicle’s “feathered” tail manoeuvre for re-entry.

The company has said it has received more than 600 flight reservations, priced at about $250,000 per ticket, but hopes eventually to slash the cost of each seat to $40,000.

The US-based institutes like the USAF define space at 80km (50 miles) which is marginally different from the Federation Aeronautique Internationale (FAI) which defines it at 100km (62 miles) above sea level. The Karman line is defined at almost 100km as well. NASA mission control defines the beginning of space at 122km (76 miles).

Virgin Galactic will be orbiting 89km and Blue Origin will be cruising 100km above sea level.

It is commonly attributed that space begins when the atmosphere alone is not enough to support a flying vessel at suborbital speeds.