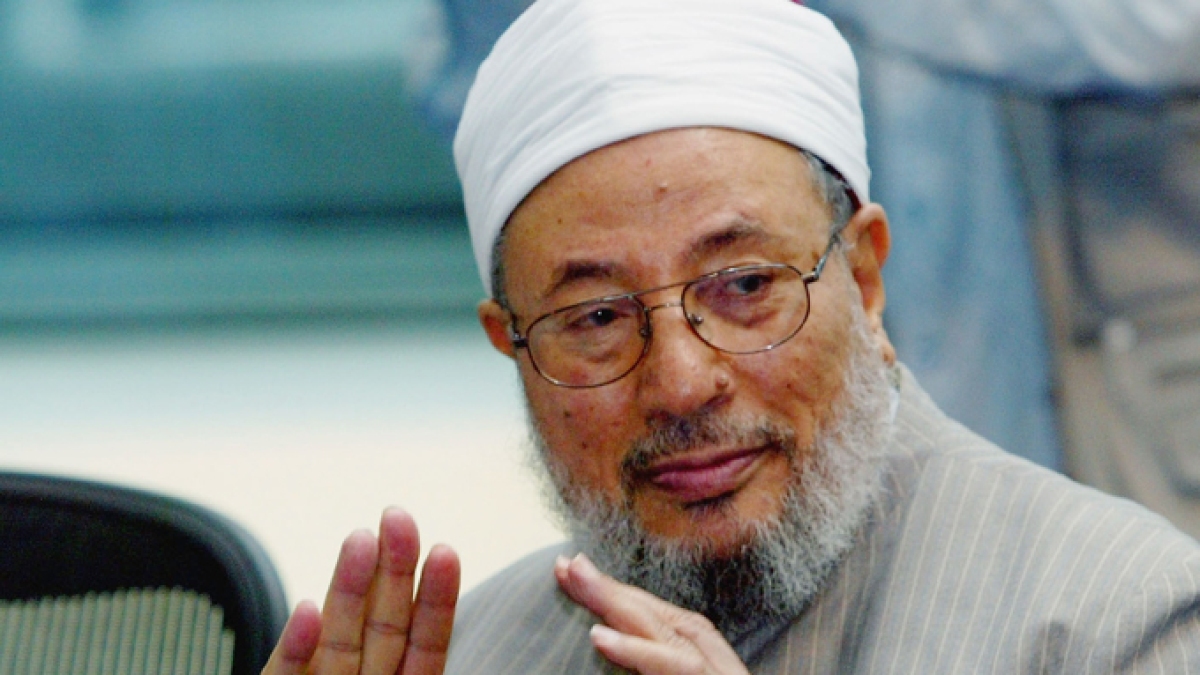 Qatar-based Egyptian scholar Qaradawi, who was in his nineties, was well-known across the Muslim world.

Sheikh Yusuf al-Qaradawi, one of the Sunni Muslim world’s most influential religious scholars, has died.

Al-Qaradawi, an Egyptian who was based in Qatar, was the chairman of the International Union of Muslim Scholars, and also a spiritual leader for the Muslim Brotherhood. He was 96 years old.

Al-Qaradawi, who formerly made regular appearances on Al Jazeera Arabic to discuss religious matters, hosted a popular TV program, “Shariah and Life,” in which he took calls from across the Muslim world, dispensing theological rulings and offering advice on everything from global politics to mundane aspects of daily life.

Morsi had been a member of the Muslim Brotherhood before he became president, and was backed by the movement.

Al-Qaradawi was unable to return to Egypt following Morsi’s overthrow due to his opposition to Egypt’s President Abdel Fattah el-Sisi.

The religious leader had previously been in exile from Egypt prior to the 2011 revolution that overthrew former President Hosni Mubarak.

His death sparked strong reactions across the Muslim world, as people took to social media to mourn his death.

At the age of 96, Sheikh Yousuf Al Qaradawi, one of the most influential contemporary Muslim scholars, has died today. His progressive views paved way for new trends in modern Islamic thought, and his support for the Arab Spring & our dreams for freedom will always be remembered. https://t.co/1vEomUs8e3

The Muslim Brotherhood, which was founded in Egypt and had branches across the region, played a considerable role in the 2011 uprisings that rocked the Middle East and led to widespread demonstrations in several countries across the region.

Al-Qaradawi had been tried and sentenced to death in absentia in Egypt.

Al Jazeera’s Jamal El Shayyal, said Qaradawi authored “more than 120 books and more than 50-60 other publications that spoke to a large section of the global Muslim community”.

“He was probably the most internationalised Muslim scholar that Islam had in modern days – probably the single most influential in that he didn’t limit his teachings to a specific section of Islam,” he said.

Qaradawi often spoke about modern day issues, including  everything from the “permissibility of relationships to elections and democracy to social justice issues,” El Shayyal added.

Born in 1926, while Egypt was still under British colonial rule, Al-Qaradawi combined religious education with anti-colonial activism during his youth. His activism against the British occupation and later, his association with the Muslim Brotherhood led to his arrest several times during the 1950’s.

He moved to Qatar in the early 1960s when he was appointed Dean of the Faculty of Shariah at Qatar University and then later granted Qatari citizenship.

“He worked closely with many representatives of different faiths to bring together harmony and to really put down the hate speeches” that would sometime arise between different faiths,” Al-Nuaimi told Al Jazeera.

One his early famous works was the 1973 book Fiqh al-Zakat (The Jurisprudence of Zakat). Al-Qaradawi also sought to reinterpret historical rules of Islamic law in order to better integrate Muslims in non-Muslim societies.

He supported suicide bombings against Israel in the Second Intifada and also voiced support for the Iraqi insurgency that erupted after the US-led invasion of 2003 toppled Saddam Hussein. His stance on both issues won him a long standing infamy in the West.

In 2009, Israel’s Shin Bet internal security agency accused al-Qaradawi of allocating $21 million to a charity funded by Hamas to set up militant infrastructure in Jerusalem. Hamas, which rules the Gaza Strip, denied the allegations.