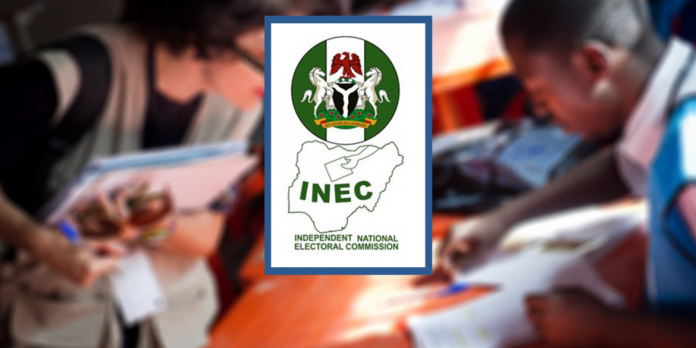 The Independent National Electoral Commission (INEC) and the Economic Financial Crimes Commission (EFCC) have expressed divergent views on the propriety or otherwise of the proposed establishment of a special commission to handle electoral offences in the country.

While INEC, during a public hearing on the Bill at the House of Representatives, Tuesday, said its existence as a special body for that purpose would enhance the nation’s electoral system, EFFC was of the opinion that it was needless.

The anti-graft body said existing laws conferred on some extant agencies, including the electoral body, powers to investigate and prosecute the offences so listed in the proposed Bill seeking establishment of the National Electoral Offences Commission, and so there was no need for it.

INEC’s position
Speaking at the session, INEC Chairman Prof. Mahmood Yakubu, however, lamented the unsuccessful attempts to pass the bill for the establishment of the commission, noting that this frustrated efforts to get justice against offenders in Nigeria’s courts over the years.

Yakubu said of the 125 cases of electoral offences filed in various courts since 2015, only 60 convictions were secured.

He said: “The Bill for an Act to Establish the National Electoral Offences Commission is a critical legislation. It has been part of all national conversations on constitutional and electoral reforms for the last 13 years.”

The INEC boss further said: “The Justice Mohammed Uwais Committee on electoral reforms recommended it in 2009, echoed by the Sheikh Ahmed Lemu Committee following the post-election violence of 2011 and, most recently, by the Senator Ken Nnamani Committee on Constitutional and Electoral Reform in 2017.

“Similar recommendations are contained in reports of police investigations, INEC administrative enquiries, court judgments, reports by the National Human Rights Commission as well as several accredited election observers. It is clear that the reform of our electoral process cannot be complete without effective sanctions on violators of our laws.

He said the electoral body’s inability to arrest offenders or conduct an investigation leading to the successful prosecution of especially the high-profile offenders, led to the suggestion to unbundle it and assign some of its extensive responsibilities to other agencies as recommended by the Uwais and Nnamani Committees.

He further submitted: “For those who argue that the solution does not lie in expanding the federal bureaucracy by creating a new Commission, we believe that the National Electoral Offences Commission should be seen as an exception.

“While there are other security agencies that deal with economic and financial crimes, I am yet to hear anyone who, in good conscience, thinks that it is unnecessary to have established the anti-corruption agencies.”

He said the Commission would therefore like to see more successful prosecution of offenders, not just ballot box snatchers, falsifiers of election results and vote buyers at polling units but most importantly, their sponsors.

EFCC counters
In her presentation; nonetheless, an Assistant Commander of the EFCC, Ms Deborah Ademu-Eteh, insisted “the contents of the proposed bill shows that the offences contained therein in Part IV (Sections 13-32) largely constitute offences that have already been criminalised by extant laws.

“These offences are offences that the Nigerian Police, the Federal Ministry of Justice, EFCC, ICPC and even INEC under the 2022 Electoral Act, are empowered under extant laws to investigate and prosecute.”

What the Bill contains
Meanwhile, the Bill under consideration spelt out fines and various prison terms for certain categories of electoral offences, with prohibition of obstruction of votes counting or other acts inhibiting electoral due process to attract a fine of N40 million on conviction, or at least 20 years imprisonment.

Other prohibited offences include vote buying, impersonation, undue influence which may include threat, violence or restraint, bribery, disturbing public peace, character damage, campaign against national  interest, as well as certain classes of expenditures to be considered illegal amongst others, all with their proposed various degrees of fines, and or prison terms.

Gbajabiamila lauds electoral process but…
Earlier, Speaker Femi Gbajabiamila said though there were significant improvements in the electoral process as witnessed in the Ekiti and Osun gubernatorial elections, “there is no doubt that a lot of work still needs to be done to take the country to the point where elections are devoid of the usual challenges of violence, fraud and abuse of process”.

Represented by his deputy, Idris Wase, the speaker said the House was ready to make necessary laws that would give Nigeria a lasting democracy.

In her remarks, Chairman of the House committee on Electoral Matters, Aisha Dukku assured stakeholders that a special technical committee would be appointed to go through all the submissions made, in conjunction with its Senate counterpart, in order to come up with a report for the consideration of the larger House at resumption.