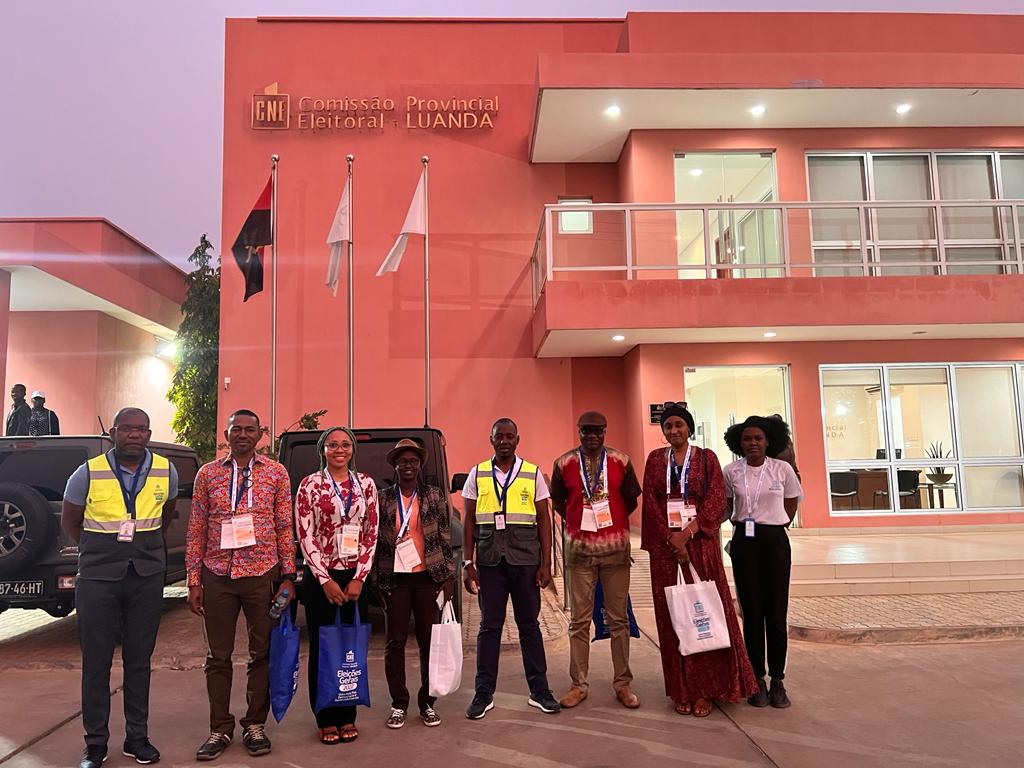 The Chairman, Felix Nongogo, along with his team; Adriano Mangov (division chief) and Moniz Alexandra, (legal division assistant) received African Peace with open arms while assuring their absolute preparedness for the 2022 elections.

As part of our mission at African Peace Magazine, we sought to know the preparedness of the electoral commission towards the elections set to hold on the 24th of August.

Mr. Felix in response to that, said “We are 100% ready, we have all the equipment allocated where the voter is going to take place. we have the members of the assembly of votes and they are going to be situated at the voting stations 3 hours before the voting starts and we hope the election proper starts at 7am sharp”.

Regarding security precautions, Mr. Nongogo stated that they merely plan and organize elections and that the police are in charge and well prepared to guarantee the protection of the populace during the polls.

Referring to challenges that they may be facing in this year’s unique elections, the Luanda Sul electoral Chairman referred to the volume of voters and intensity of the campaign while noting that they’ve got no specific challenges as they’ve been conducting elections over time and this is not the first.

Due to the volume of voters, the electoral commission is hoping that there’d be a good number of voters and not just mere statistics in the system.

The election, which will be conducted manually, will take place on a single day, but Mr. Felix added that any voting location with particular problems will be granted an exception. Felix explains, “The law enables that.” “On the day that a successful election is held, the results of each voting station will be made public.”

The voting process will be largely the same for Angolans living abroad, which is an interesting one “They have an assembly with the same bureau systems for the examination and reports of each vote”, says Mr. Felix.

Following a thorough explanation of how the elections will be held in each province, neighborhood, and in Luanda, the country’s capital, the African Peace Magazine team thanked Mr. Felix Nongogo and his team for their warm welcome while affirming that the election will be peaceful and trouble-free.