In Côte d’Ivoire, the Mercedes – a new breed of cocoa – sends production soaring 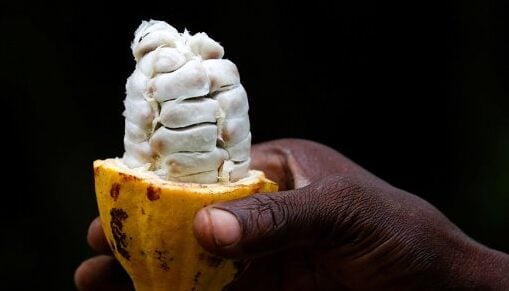 The product emerged after 15 years of study at Côte d’Ivoire’s Yamoussoukro-based national agronomic research centre, the Centre National de Recherches Agronomiques (CNRA). Mercedes has led to record production levels in the country, with 2.2m tonnes of cocoa beans harvested in 2016, up from 1.2m tonnes in 2004.

Our priority going forward is to cap the annual harvest at 2m tonnes by improving, for example, our plantation mapping and the varieties we use, and, in turn, our production forecasts.

The ‘sedan’ of Ivorian cocoa beans produces its first pods 18 months after planting, compared to three to six years for conventional varieties.

Mercedes trees can yield anywhere between 1.5 and 3 tonnes of cocoa beans per hectare, versus 300kg for conventional varieties. With a lifespan that is generally longer than 40 years, the trees are immune to the swollen shoot virus, a recurring disease that can devastate conventional orchards.

Moreover, the pods they produce, which are rounder and heavier than those of standard varieties, meet the expectations of cocoa manufacturers since they are easier to process.

Ivorian cocoa farmers were quick to adopt the variety. Between 2005 and 2016, around 25,000 to 50,000ha worth of Mercedes seedlings were distributed annually to farmers. Côte d’Ivoire’s cocoa industry regulatory authority, the Conseil du Café-Cacao (CCC), which bankrolled the research on and distribution of the variety, suspended the programme in 2017.

“Our forecasts predicted a 2m tonne harvest for 2020, but thanks to the Mercedes variety, we reached that milestone back in 2017,” said CCC Managing Director Yves Brahima Koné. “Our priority going forward is to cap the annual harvest at 2m tonnes by improving, for example, our plantation mapping and the varieties we use, and, in turn, our production forecasts.”