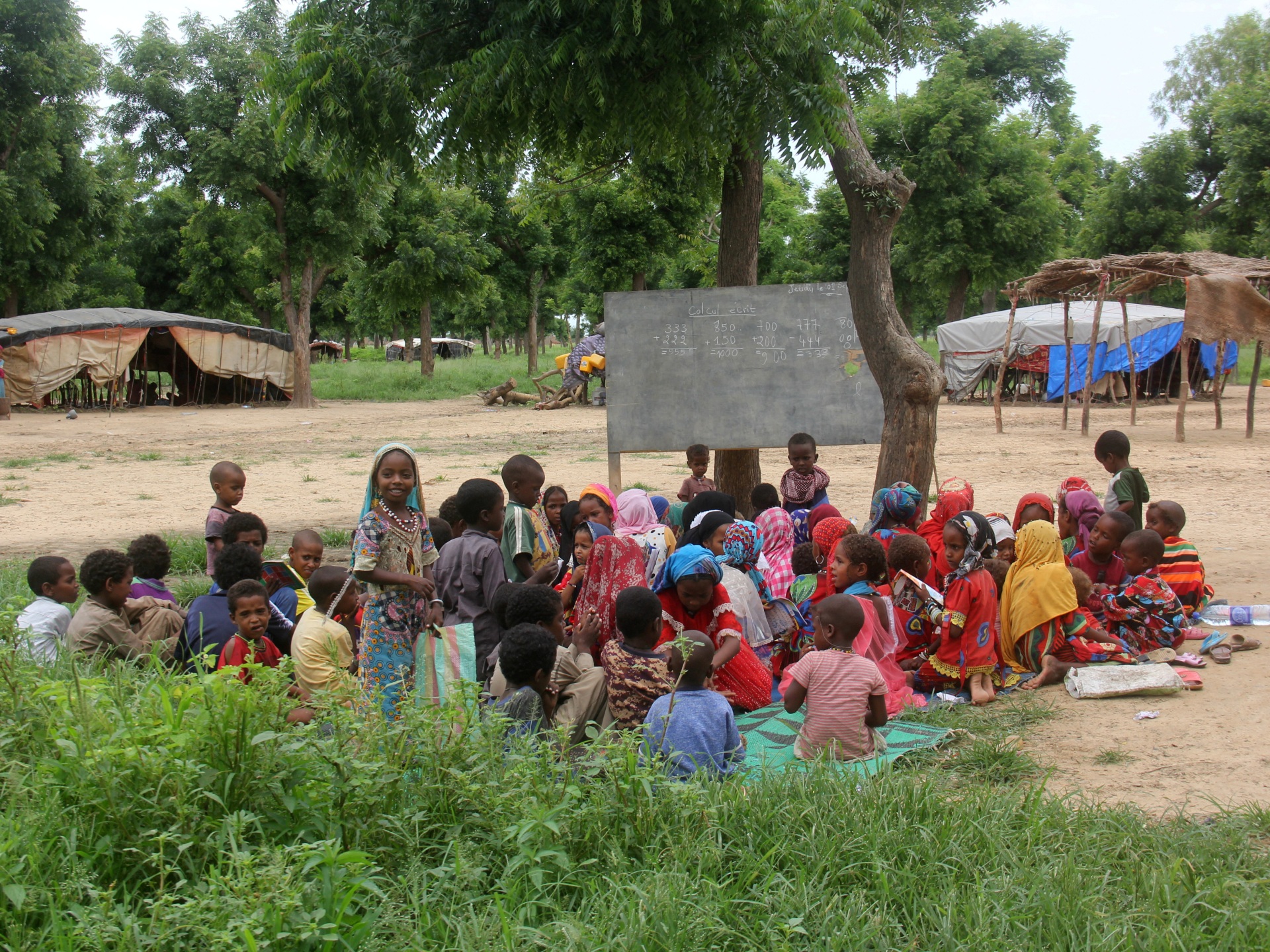 Chad’s nomads make up almost a tenth of the country’s population and many children in the community hardly get an education.

In a makeshift open-air classroom, dozens of children sit squeezed together on a mat watching their teacher chalk simple sums on a blackboard – a rare chance of education for their nomadic community in Chad.

According to the Denmark-based International Work Group for Indigenous Affairs, fewer than 1 percent of nomad boys and “virtually zero” nomad girls were registered for school in Chad as of 2018.

About 7 percent of the central African nation’s population of about 16 million are nomads. They move hundreds of miles from the south with their herds every year when seasonal rains turn the semi-arid central regions green with fresh pasture.

This way of life is centuries old but does not allow nomad children to access Chad’s formal education system.

‘Today, they can write their names’

Teacher Leonard Gamaigue was inspired to set up a mobile school when he saw children playing at a nomad camp in Toukra, outside the Chadian capital N’Djamena, during school hours in 2019.

“When we started, we had practically nothing, not even a piece of chalk,” the 28-year-old recalled, after a lesson in late August during which the children had carefully taken notes in exercise books on their laps.

Nearly three years on, his school – which follows the community when they move on every two months or so – has 69 pupils of various ages and basic supplies thanks to donations.

“They had never been to school before, none of them … today they can already write their name correctly, express themselves in French, do sums,” Gamaigue said with pride.

The teacher has also received an education in nomadic ways, learning to conserve water, live off a milk-heavy diet, and get used to packing up and moving the school.

After their lesson ended, the children picked up the blackboard and placed it gently under a tree to protect it from the rain that had earlier flooded parts of their camp.

Severe seasonal floods are among the many challenges facing Chad, one of the poorest countries in the world, where one in every five children dies before their fifth birthday, according to the World Bank.

“We rejoice in the creation of this modest school for … our children, who are making progress despite our difficult living conditions,” said school parent and camp leader Ousmane Brahim.

“We nomads did not know the importance of schooling, but nowadays we are beginning to understand its importance for ourselves and for our country.”