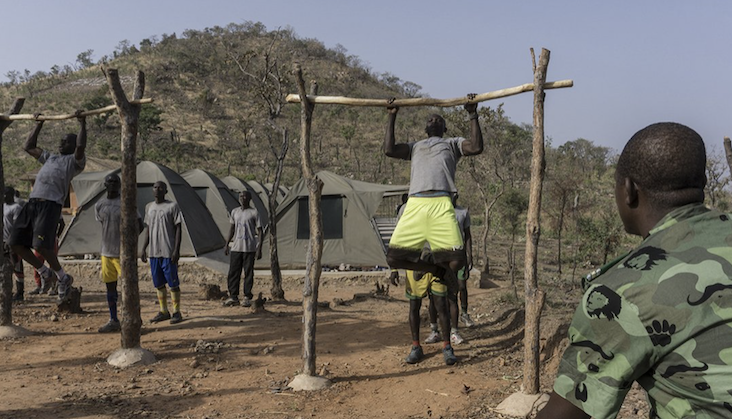 Sometimes called “guardian angels” of biodiversity, sometimes “green neocolonials”, the rangers of the African Parks Network (APN) are present in most parts of the continent. The organisation, founded in 2000 in South Africa, is determined to expand in the sector of the preservation of Africa’s natural resources. Already present in Rwanda, the DRC, Benin and Mozambique, APN has a goal: to manage 30 natural parks on the continent by 2030.

The NGO, whose honorary president is none other than UK royal Prince Harry, is already in discussions with several countries. Negotiations are well advanced with the Angolan authorities to take over the management of Luengue-Luiana and Mavinga parks. In South Sudan, APN rangers could soon be deployed in the Bandingilo and Boma parks. APN also has its eye on the Comoé Park in Côte d’Ivoire, and negotiations have already started with the Ivorian authorities.

In West Africa, and particularly in the Pendjari and W parks in Benin, APN faces a very specific threat: jihadists from Burkina Faso and Niger who seek to expand further south. In recent months, attacks have increased in northern Benin, and several have directly targeted or involved eco guards. Charles Wells, the NGO’s managing director of operations, talks to about how African Parks is dealing with this jihadist threat, particularly through close collaboration with local security forces.

One of the main features of APN is the use of rangers, armed eco-guards equipped with the latest equipment. How are they trained?

APN acts on behalf of governments. We are not a private organisation with an armed force. We need to be very clear about that. So yes, the rangers are armed according to the park where they work, for the needs of the missions they are given. Their training is relatively standard: it includes modules on respect for human rights, escalation during an engagement, how to deal with different risks and how to behave when arriving at a crime scene… Of course, there are specificities depending on the environment. Of course, there are specificities depending on the environment. It is not the same to patrol in Bazaruto, Mozambique, or to intervene in the Sahara, on the Ennedi plateau, in Chad, for example.

Who do you use to train these rangers? Former military personnel? Private security companies?

We use external trainers, who work under the direction of our chief instructor – we have one for English speakers and one for French speakers. He is the one who coordinates and ensures that our standards are met. We have also developed in-house expertise, which allows us to train trainers. The external speakers are often former military personnel, some of whom also have real expertise in the field of conservation.

In Benin, APN manages the Pendjari and W parks. Your rangers are therefore on the front line against jihadists who try to “descend” from Burkina and Niger towards the Gulf of Guinea. How do you deal with this particular threat?

It is a very difficult situation. Our role is not to carry out national security missions, but to preserve the integrity of the areas entrusted to us. Our rangers are trained to fight poaching, but they are effectively confronted with all sorts of threats, including jihadists. In Benin, there is great communication between us and the Beninese armed forces, but the roles are very precise. And when it is established that jihadists are involved, we immediately withdraw and let the military intervene. But sometimes the exact nature of the threat cannot be identified until we are directly confronted with it. And sometimes it’s hard to tell the difference between a poacher and a jihadist.

You mention your relationship with the local security forces, in this case, Beninese. Do you share the information you gather on the ground?

Yes, we operate in the same area, with different prerogatives and rules of engagement. If during one of our air patrols, we identify a potential risk, we inform the security forces. But if something happens outside the park boundaries, outside the areas we patrol, we can’t know about it.

One of the challenges you face is the relationship with local communities. In Benin, there have been several incidents with pastoralist communities. Is there a risk of armed conflict with the population?

Armed conflicts with local communities are very, very rare, if not non-existent. There is obviously armed engagement when it is a group that arrives to target animals. They are very often heavily armed. But the poachers, in general, are not from the local communities. Local hunters may set snares or poach bushmeat, but when it’s an armed group or, in the case of Benin, jihadists who come from outside, it’s a totally different situation.

Would you say that APN is involved in defining the strategy in anti-jihadist operations in northern Benin?

Are you considering withdrawing from Benin?

We have suffered several tragic losses in attacks, but for the time being, we are determined to stay and we have made this known to the government. The W Park is probably one of the last and most unspoilt places in West Africa. We have to stay. Its loss would have terrible consequences for the region.

What stage have you reached in your discussions with the Ivorian government on the management of the Comoé Park?

We are at the very beginning. The Ivorian authorities are thinking about the strategy they want to put in place to manage their protected areas. They have contacted us. We are obviously interested, but at this stage, it has not evolved.

Does your experience in Benin make you fear the same type of security problem in the Comoé?

Yes, there is a similar threat to the one in Pendjari and W, even if the problem is not of the same magnitude at the moment. We are attentive to the signals, which we take into account.

Some people consider that your way of intervening is a form of “green neo-colonialism”. What do you say to them?

We only take over the management of territories under the aegis of a government. We do not intervene in politics, legislation, land law… Yes, we enforce the law, but we do not change it.