‘I will be a candidate’ in Ivory Coast presidential poll, says former rebel Guillaume Soro 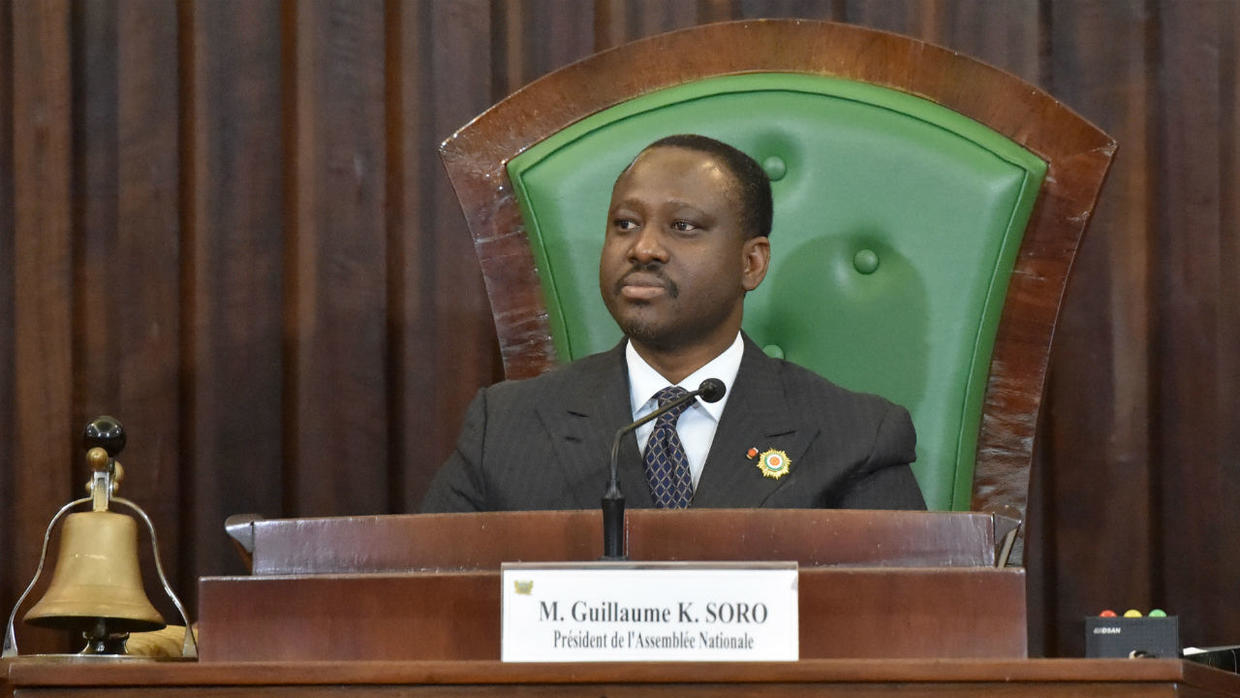 Former Ivory Coast rebel leader Guillaume Soro said on Tuesday he would not drop out of presidential elections set for the end of the year, despite an arrest warrant out against him.

“I definitely remain a candidate in the election. Those who tried to stop me from going back to my homeland will not stop me from being a candidate,” Soro told Reuters in Paris.

Ivory Coast’s public prosecutor issued the warrant for Soro on Dec. 23 as part of an investigation into an alleged coup plot.

Soro denied any wrongdoing and said he was a victim of judicial persecution. “Mercenaries made illegal recordings thinking they can entrap me,” he said. “My lawyers have filed a case in Paris against the authors and prosecutor because part of(the alleged recording) was done in France.”

Soro added that his lawyers had placed a request with French prosecutors for his rights to be respected, and will do the same with the regional West African Court of Justice, the African Court on Human and People’s Rights, and the United Nations.

The case against Soro adds to political tensions ahead of the October 2020 vote, regarded as a test of Ivory Coast’s stability after two civil wars since the turn of the century.

President Alassane Ouattara won re-election in 2015 but has been unclear about whether he will seek a third term, deepening uncertainty about the vote in Francophone West Africa’s largest economy, also the world’s biggest cocoa producer.

Soro retains the loyalty of many former rebel commanders who now hold senior positions in the army. He served for several years as speaker of the National Assembly but has since fallen out with Ouattara.