Henna, a plant with a thousand virtues 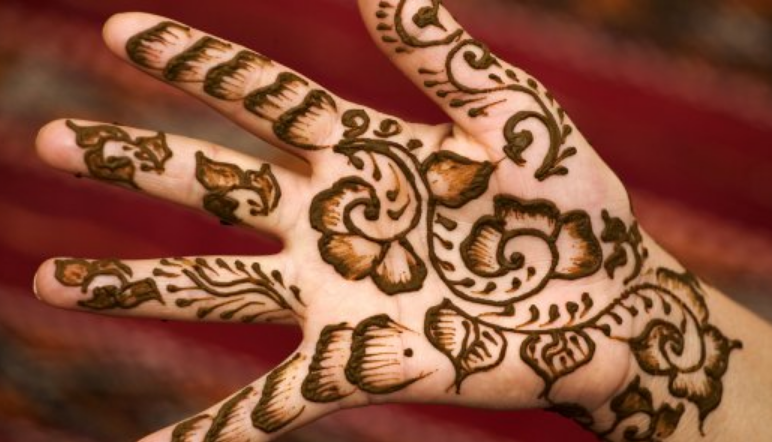 The first traces of henna date back to the time of the Pharaohs. In ancient Egypt, henna was prepared from leaves of the shrub lawsonia inermis – its scientific name – that were crushed and mixed with water. It was used, for example, to paint nails and toenails for the purposes of regulating body temperature. Like many plants, it was – and continues to be – used for both beauty rituals and medicinal purposes.

“There are numerous myths surrounding henna and several civilisations have tried to adopt it,” says Imane Boutaleb, manager of the Manzah L’Fassia beauty salon in Casablanca. “It is one of the oldest cosmetic products in the world. [It] was very famous in India almost 500 years ago, even before it was introduced in Morocco,” says the native of Fez.

Henna, which is mainly used as a natural dye, has been painted on the hands and face of Berber women since before the advent of Islam. According to some beliefs, these arabesque designs protect against bad luck and also indicate social status, particularly that of a wife. Today, brides also decorate their skin with temporary ornamental tattoos, which are considered to be symbols of beauty.

Thank you @sakhre_soins for trusting me.

“The use of henna is intrinsically linked to celebrations. In Morocco, some children also have [their hands decorated] orange during birth ceremonies or circumcision rituals,” says Boutaleb. “During these celebrations, henna has a lot of symbolism attached to it because it marks an important moment in a person’s life.”

Henna comes in different shades of orange, chestnut brown, brown and mahogany. However, naturally green henna powder is used as an organic, plant-based hair dye. When added to other plant extracts such as chamomile or hibiscus, this vegetable dye produces subtle highlights and a more or less intense pigmentation, depending on how long it is applied for. This powder, which is also known for its protective and cleansing properties for the scalp as well as hair growth, is mainly used as a hair mask and care product.

In this age of DIY, henna has never been so popular. Distributed all over the world, from organic shops to exotic boutiques, it is now available to all and used by many to concoct all-natural recipes for healthy beauty rituals.

Preferably in its purest form

However, the specialist says that “to be certain that you are using the best preparation, natural and without consequences for the skin, you should always turn to henna powder, which is the purest formula, without additives. The versions that are sold as paste or cream generally contain chemical ingredients.” It is possible to get an allergic reaction from these forms of henna that are harmful to one’s health. “I also recommend choosing henna leaves – ones that don’t contain any pesticides and that have been either farmed organically or regulated – which you can grind yourself to guarantee the purity of the product.”

For the mask: In a bowl, pour two tablespoons of henna powder, a tablespoon of dried rose powder, a few mixed basil and rosemary leaves, a tablespoon of lavender powder, chamomile powder and hyacinth herb. Mix to a paste. Then add one to two spoonfuls of ghassoul (green clay for oily hair and white or red clay for dry hair), and a few drops of sesame oil.

For colouring: Add half a spoonful of karkade (powdered hibiscus) and akkar fassi (a mixture of poppy powder and pomegranate peel) to obtain red or mahogany highlights. Leave to stand for 2 to 4 hours. Rinse off.