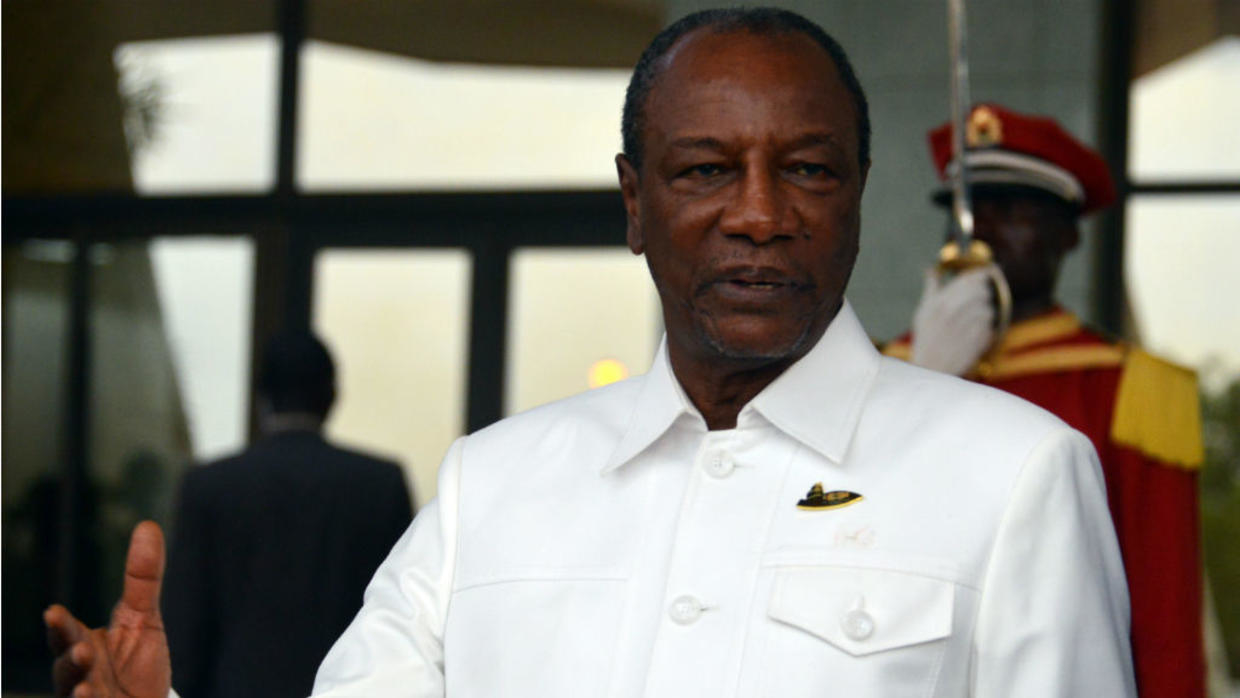 Guinea has voted to back a contested new constitution, the country’s electoral body said Friday, in a blow to President Alpha Conde’s opponents who fear the reforms are a ploy to extend his grip on power.

The proposal to change the constitution was hugely controversial in the West African state, spurring mass demonstrations in which at last 32 people have been killed, according to an AFP tally.

Independent National Electoral Commission president, Amadou Salifou Kebe, told reporters that 91.59 percent of ballots were in favour of adopting the new constitution, while 8.41 percent were against.

Turnout was 61 percent, he added, saying that these were provisional figures.

The vote was originally planned for March 1 but was postponed until March 22 because of international criticism of its fairness.

The authorities went ahead with it after scrubbing some 2.5 million unverifiable names from its electoral register, following advice from the West Africa bloc ECOWAS.

The day of the vote was marred by violence, with scores of polling stations ransacked across the country and, according to the country’s political opposition, dozens killed.

Authorities have said only a few deaths occurred on polling day, and that the voting took place in peace.

In a sign of impatience with Conde’s government abroad, however, France, the United States, and the United Nations have all expressed their reservations about the vote on March 22.

France, the former colonial power, condemned election-related violence in Guinea this week and said the vote was not credible.

The United States also said this week that the situation in Guinea was worrying and that it shared international concerns about the fairness of the vote, and the lack of political dialogue surrounding it.

The United Nations’ special representative to West Africa, Mohamed Ibn Chambas, released a statement too, saying he was following developments “with great concern”.

Eric Humphery-Smith, a senior analyst at risk consultancy Verisk Maplecroft, said the election outcome was “no surprise,” but that the scale of the president’s win was.

“The result is a victory for Conde, allowing him to stand for that prized third term,” he said.

The result may open the way for Conde, 82, to pursue another term in office when his second one runs out this year by bypassing term limits.

A former opposition figure jailed under previous hardline regimes, Conde made history in 2010 as the first democratically-elected president in a country with a chronic history of military coups and turmoil.

Voters returned him to office in 2015 for his second and final five-year term under the current constitution, but critics say he has become increasingly authoritarian.

The government argues that the constitution needs to be updated to usher in badly-needed social changes, especially for women.

Reforms would include banning female genital mutilation and under-age marriage and giving spouses equal rights in a divorce.

The draft charter would limit presidential terms to two but extend the length of the term to six years.

However, critics fear that a new constitution would in effect reset the presidential term counter to zero, potentially enabling Conde to govern for another 12 years.

Conde himself has not denied that he might use the proposed changes to seek another term.

Major opposition parties boycotted the referendum—and parliamentary elections which were held on the same day—arguing that Conde’s manoeuvres amounted to a “constitutional coup”.

Former premier and leading opposition leader Cellou Dalein Diallo told AFP last week that “there is no basis on which to say this vote will be transparent, fair”.

Attention is now set to turn to Guinea’s presidential election, which is expected to take place by the end of this year.

Conde told French media that there was “nothing more democratic” than holding a referendum and it was up to his party to determine whether he would run for president again.