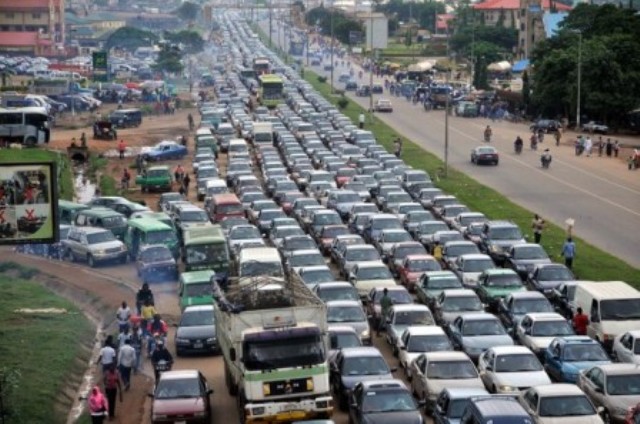 By Salisu Sani-Idris
The Federal Capital Territory Administration (FCTA) has stopped personnel of the Directorate of Road Traffic Services (DRTS) from inspecting vehicle particulars on roads in the city before 10 a.m daily.

Mr Ikharo Attah, Chairman of the FCT Ministerial Task team on Traffic Management, gave the directive in a statement on Monday in Abuja.

It will be recalled that the FCTA had directed that vehicle inspection should commence from 9 a.m, but after series of meetings with stakeholders, an additional hour was added to avoid clogging the roads in the early morning.

Attah explained that the decision was borne out of complaints from residents of the city that the checking of vehicles from 9 a.m. had compounded traffic snarl, leading to loss of man hours.

The chairman also said the measure was part of efforts of the FCT administration to ease traffic congestion at peak periods.

He said that there was no going back on earlier decision by the FCTA to restrict the movement of heavy duty vehicles in the territory to off-peak periods.

He warned that severe sanctions would be imposed on violators.

“The road traffic officers of various agencies must focus on freeing traffic from 5 a.m. to 10 a.m.

“They are to commence checking and inspecting vehicles and their particulars from 10 a.m across the city.

“The enforcement does not affect the stopping and arrest of heavy duty vehicles driving during peak traffic periods.

“Any of such vehicles must be stopped from plying the road in accordance with approved policy to avert fatal road crashes occasioned by break failures usually associated with such heavy duty vehicles,” Attah said.

The chairman also dismissed allegation that traffic officials were causing traffic congestion by checking vehicle particulars in the evenings on the ever busy Abuja-Keffi road.

He said all traffic officers on evening duties do not check documents, but are positioned to sustain a seamless flow of traffic.

Attah however, warned that the shift in the commencement of vehicles inspection time was not a licence for drivers of rickety vehicles to flood the city in the morning