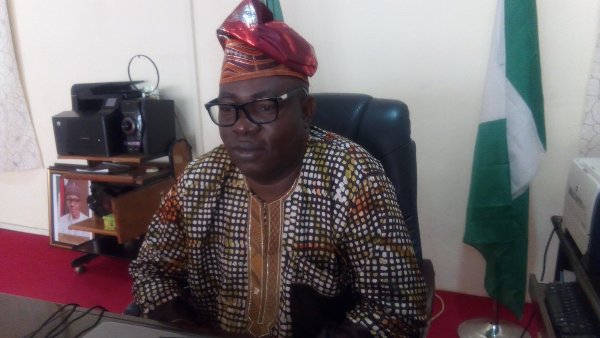 Ebegba made this known in an interview with the News Agency of Nigeria (NAN) in Abuja on Monday.

He said that presently, all the food people consumed had been altered one way or the other, either through conventional breeding methods or through genetic engineering.

“Genetic engineering is an advanced alteration which is basically the movement of one gene of interest into another organism to perform a particular function.’’

He said that the conventional breeding method of tissue culture, budding and grafting involved one gene or another being moved into related specie.

He said that genetic engineering went beyond related specie, as gene could be moved from animal to plant and from plant to animal.

“Let me say that most of the crops we have presently in our farms and the markets have actually been altered in one or the other by scientific process.

“Either through conventional breeding methods or the few ones that we have that are genetically modified, those ones have been screened for safety.

“So the fear of whether GMOs is harmful or not should not be there because we ensure they are safe before they are released into the market.’’

Ebegba also debunked the idea that some crops had been genetically modified in Nigeria like the Nigerian pawpaw, orange and mango, saying that they had only been improved upon through conventional breeding method.

“So, the few ones we have that are genetically modified are not yet on commercial level in the country like the cotton and cowpea; there are still other processes that are ongoing before they get into the market on commercial scale.”

The director general said one of the major developments in the biosafety sector was the new act signed by President Muhammadu Buhari in July, which is an amendment to the 2015 Act.

He said that the amendment was an additional mandate to the agency to accommodate the regulation of emerging aspects of biotechnology in the area of synthetic biology, genome editing and gene drive and bio-security.

He said the agency had also received an application from Institute of Agricultural Research, Zaria on Water Efficient Maize for Africa (WEMA).

WEMA is a public private partnership that was formed to develop drought-tolerant maize for use by smallholder farmers and Confined Field Trials (CFT), which are already being conducted on it in some countries like Kenya and Uganda.

CFT are small scale field experiments to evaluate the performance of a GM plant.

Ebegba said the applications were being reviewed by the agency and the results would be posted on the agency’s website, adding that there would be a public notice before the process was completed.

He said the agency was constantly monitoring applicants – that is the institutions and the GM crops that were undergoing CFT in the country, such as the BT cotton and the PBR cowpea.

“We do a lot of monitoring; what we do is inspection and compliance to ensure that the terms and conditions are properly complied with.

“We send some staff to visit the institutions to ensure they are complying with our terms and conditions and the law.’’

The biosafety boss assured Nigerians that the agency would continue to ensure that no unsafe GMO would be allowed into the environment.

He, however said that the fear of GMOs would be there for a long time because of those who deliberately create it “and those also excising the fear because of ignorance’’.

“We want to assure Nigerians that the practice of modern biotechnology will be safe before we will allow the products into the environment, the market or for consumption by Nigerians.

“NBMA is here to ensure Nigerians are protected from any harmful effects of GMOs, we are also going to make sure that our environment is also protected, we have that responsibility and we will discharge it for the interest of the country,’’ Ebegba. (NAN)