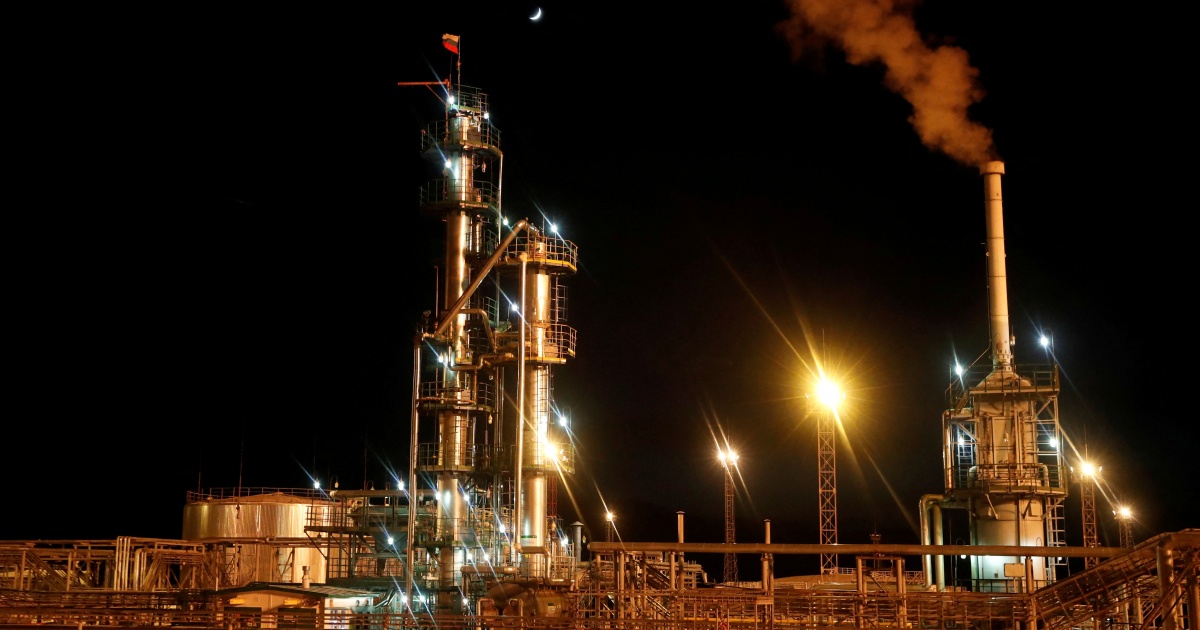 Two ministers say Berlin is ready to back a European Union ban on Russian oil imports and warn of potential economic costs.

Two senior ministers in Chancellor Olaf Scholz’s government have said Germany would be ready to back an immediate European Union ban on Russian oil imports, and that Europe’s biggest economy could weather shortages and price hikes.

The comments on Monday by Finance Minister Christian Lindner and Economy Minister Robert Habeck are the latest sign Scholz has shifted from his cautious approach towards Russia and is willing to back sanctions against Moscow even if they have economic costs at home.

Speaking in Brussels, Habeck of the ecologist Greens said Germany would back an EU ban, regardless of whether the stoppage was immediate or by the end of the year.

“Germany is not against an oil ban on Russia. Of course it is a heavy load to bear but we would be ready to do that,” Habeck told reporters before talks with his EU colleagues.

Germany cut the share of Russian oil to 12 percent from 35 percent before Russia invaded Ukraine on February 24.

It is working on finding alternative fuel supplies, most urgently for the Russian oil that comes by pipeline to a refinery in Schwedt operated by Russian state company Rosneft.

Lindner of the pro-business Free Democrats told a German broadcaster that the German economy could tolerate an immediate ban.

“With coal and oil, it is possible to forgo Russian imports now,” Lindner told WELT. “It can’t be ruled out that fuel prices could rise.”

Habeck had said earlier in Berlin that the main challenge was to find alternative oil deliveries for Schwedt, which supplies east German regions as well as the Berlin metropolitan area.

Those areas could face supply shortages in the event of an EU embargo if Germany cannot secure alternative oil imports by the end of the year, Habeck said.

“We still have no solution for the refinery in Schwedt,” said Habeck. “We can’t guarantee that supplies will be continuous. There will for sure be price hikes and there will be some outages. But that doesn’t mean we will slide into an oil crisis.”

Two EU diplomats said at the weekend that the bloc is leaning towards a ban on Russian oil by the end of the year as part of a sixth package of sanctions against Russia over its invasion of Ukraine.

Habeck said an embargo in a few months would give Germany time to organise tankers that bring oil to ports in the north of the country that would flow through pipelines to Schwedt.