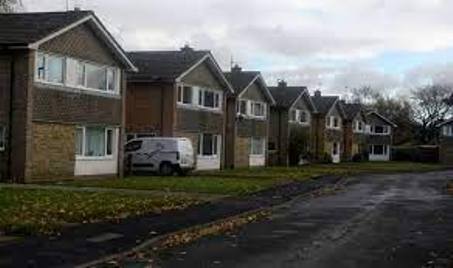 The UK plans to place more than 1,500 asylum seekers at a former RAF base in a rural village while their claims are processed. PA

Nicky Harley
London
Apr 23, 2022
A former RAF base in a rural English village is to become an asylum processing centre as part of the UK’s plan to send Channel migrants to Rwanda.

Residents demanded the government reconsider it plans after they discovered last week that the centre will open at RAF Linton-on-Ouse military base in North Yorkshire in six weeks.

The plans say 1,500 single men aged 18 to 40 are to be taken to the village, which has a population of 1,200, while their claims are processed. The site is about 15 kilometres north-west of the city of York.

The UK said it will send thousands of migrants to Rwanda. People believed to be from Iran, Iraq and Eritrea will be sent to the centre to await processing.
.

More than 120 people attended a meeting of Linton Parish Council to raise their concerns.

The council said the move will “overwhelm” the village.

“We represent a community that has demonstrated compassion for the less fortunate in many ways in the past, and will continue to do so,” it said.

“While from a human rights perspective we know this is absolutely right, we also know that this number of adult males together in one place will be overwhelming for a small village, no matter what their circumstances or where they are from.”

More than 1,300 people have signed a petition to ban the centre from opening.

At the public meeting residents told him they were angered and scared by the plans.

“While I am supportive of providing safe harbour and government accommodation for those fleeing persecution, I do not believe that the small rural village of Linton-on-Ouse is the appropriate place to house up to 1,500 young male asylum seekers,” Mr Hollinrake said.

The Home Office has said it is working with the community. However, it did not consult them on the plans until last week.

“Anyone accommodated at Linton will have undergone a robust screening process, and the Home Office is committed to working closely with the local community to ensure the site operates safely and securely,” it said.

Phil Riley, director of detention services at the Home Office, apologised to residents this week.

“I accept that the way this has happened has fractured the relationship between the Home Office and residents,” he said.

“I apologise for the way this has happened.”

Last week, the UN accused the UK of treating migrants like commodities in response to its plan to deport to Rwanda tens of thousands of asylum seekers who arrive in small boats or hidden in lorries.

Its refugee agency said it was firmly opposed to the widely criticised plans unveiled by the two governments.

British Prime Minister Boris Johnson said when he announced the plan that he expected legal challenges to follow.

Mr Johnson insisted his scheme to detain and fly migrants more than 9,600 kilometres to East Africa at the expense of the taxpayer was not “draconian and lacking in compassion”.