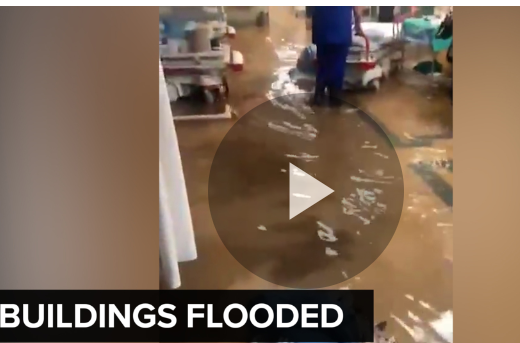 Western Cape Local Government, Environmental Affairs and Development Planning MEC Anton Bredell has warned that more rainfall is expected in parts of the province until the weekend.

Ten schools were closed due to flooding and heavy rain along the Garden Route on Monday, as well as several private and provincial medical facilities.

Seven passes between George, Oudtshoorn and Bitou were closed, but most roadways had been reopened by Tuesday morning.

In Mossel Bay on Monday, several homes were affected by flooding.

“There have been reports of water entering houses/buildings. The Mossel Bay Fire Services [officials] are responding to reports, pumping water out, and providing sandbags,” the Mossel Bay municipality said in a statement.

The Western Cape Education Department said severe flooding resulted in the closure of several schools in George. However, it ensured that all matric examinations centres were open so that Grade 12 National Senior Certificate candidates could write their final exams.

Contingency measures have also been made to help candidates reach examination centres, the department added.

The South African Weather Service (SAWS) warned that localised flooding in Knysna, Bitou, George, Swellendam and other areas along the Garden Route could continue.