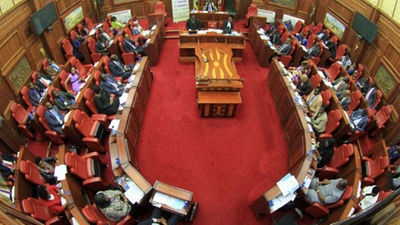 Regional ministers have proposed reducing the number of East African Legislative Assembly (EALA) members elected from each partner state from nine to five, as a budget crunch bites the bloc.

The proposal comes after the 12th meeting of the Sectoral Council of Ministers of Finance and Economic/Trade Affairs that began on Monday.

A report presented to the Council shows that EALA has the highest number of sittings among all benchmarked peer regional parliamentary assemblies, making it the most expensive to run.

EALA spends the largest share of the partner states’ contributions at 35.35 percent, followed closely by the Secretariat at 35.16 percent and the East Africa Court of Justice at 7.06 percent.

The report also recommended that the number of EALA sittings be reduced to four per financial year, like its benchmarked peers, so as to reduce costs.

“That proposal is misplaced because the composition of the assembly is a treaty matter,” said Rose Akol, a member of EALA from Uganda.