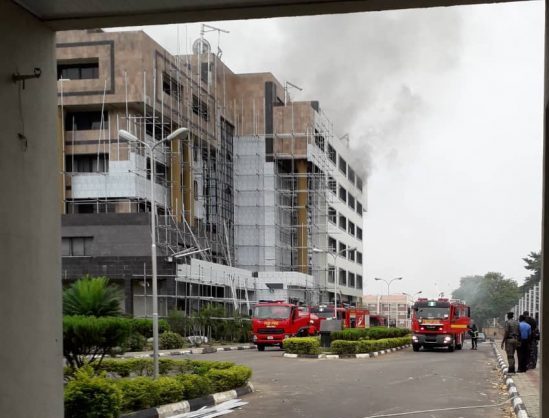 By Lydia Beshel
There was a fire outbreak on Wednesday at the Office of the Accountant General of the Federation, also known as the Treasury House, in Abuja.

A staff of the office, who preferred anonymity, told News Agency of Nigeria (NAN) that the fire started at about 10.15 a.m. when some workers were already at work.

The FCT Police Commissioner, CP Bala Ciroma, who briefed newsmen at the scene of the incident, said investigation into the cause of the fire had commenced.

He advised motorist to use alternative routes into the area, noting that the Ladoke Akintola Boulevard would be condoned off during the investigation into the cause of the fire.

Ciroma, who disclosed that parts of the building had been damaged by the incident, said the fire was successfully put out without any casualties.