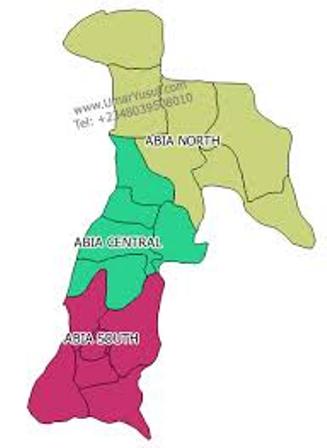 The Abia State Government says it has plans to spend between N300 million and N500 million on to contain the spread of COVID-19 pandemic in the state.

The Commissioner for Information in Abia, Mr John Okiyi,  said this on Tuesday in Umuahia while briefing newsmen on the modalities for the distribution of state government’s palliatives handed over to leaders of some churches and the Muslim community in the state.

He said that the state received N28 million from UBA; N5 million and 2, 000 cartons of Indomie noodles from a Lagos-based philantropist from Abia, Chief Chris Igwe, and cartons of biscuits from a company in the state.

He conveyed the state government’s appreciation to the donors and appealed to other public-spirited and wealthy Abia indigenes and corporate bodies to emulate them.

He said that government decided to distribute the palliatives through the churches and mosques to ensure equitable distribution of the relief items to the target group.

The commissioner admonished the church leaders and imams to ensure that the palliatives, which included rice, beans, yam, sanitisers, masks and cash, were shared among the poor and underprivileged.

According to him, the palliatives are not for salary earners, artisans, traders, leaders of women groups or those who can fend for themselves.

“They are targetted at the poor widows and vulnerable persons in the villages, who cannot afford to feed themselves, especially during the lockdown.

The commissioner said that plans had also been made to extend the palliatives to charity homes and physically challenged persons.

He said that there were plans to also use the traditional rulers to extend the gesture to other segments of society.

“We know that there are some of our people who are pure traditional worshippers, who do not belong to any church denominations, we intend to use the traditional rulers to get to them,” Okiyi said.

He said that government had a comprehensive plan to ensure that the palliatives covered at least 80 per cent of indigent Abia residents.