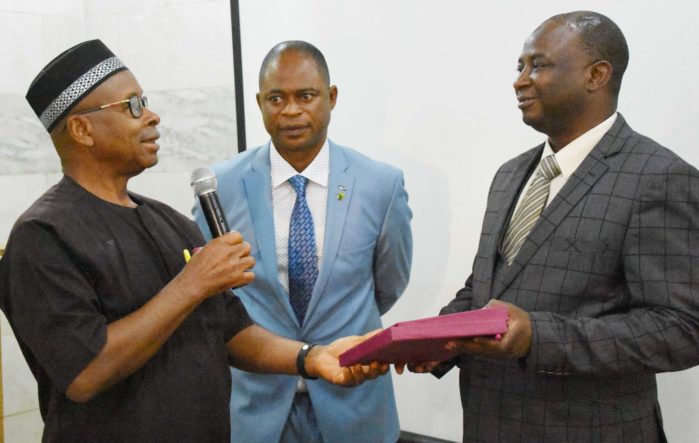 Mr Tion Williams, a taxation expert, has called for sensitisation of citizens to the recently enacted Finance Bill signed by President Muhammadu Buhari.

Williams, a Managing Partner of T.A Williams firms, made the appeal at a One Day Workshop on the Nigeria Finance Bill ‘Tax Implications’ in Abuja on Wednesday.

The News Agency of Nigeria (NAN) recalls that Buhari signed the 2019 Finance Bill into law in January.

Speaking at the workshop, Williams explained that the new Act had a lot of benefits to businesses especially Micro, Small and Medium Enterprises which people were unaware of as more emphases was given to Value Added Tax (VAT) by the media.

He said the new tax bill will also motivate small scale businesses with less than N25 million turnover to grow to a certain level before they would be taxed.

“The whole attention has been on VAT, even the National Assembly focused on VAT, but the other aspects have been downplayed like the company income taxes.

“So the other taxes are actually affected, one is company income tax, the Petroleum Profit Tax equally has been affected, we also have what is called Capital Gain Tax, we also have Withholding Tax and we also have the stamp duties and Personal Income Tax.

“The TIN too has been affected, for instance, if you do not have a TIN you now by the law, you would not be allowed to operate your bank account,” he said.

According to him, there must be serious tax education by the government on what the citizens stand to gain from the bill and what they must do.

Williams explained that in the finance bill, companies had been segmented into three categories which were small, medium and large.

According to him, the small category are companies with turnover of less than N25 million, adding that they have been exempted from payment of VAT and CIT.

He said a company with N25 million to N100 million turnover was expected to pay corporate tax or CIT which had been reduced from 30 per cent to 20 per cent.

He disclosed that the stamp duty as contained in the new Act had bank charges reduced.

The expert who emphasised on the need for awareness creation on the bill insisted Nigerians were not properly informed on what the bill was all about.

He said that the workshop was part of his contribution to assist the government to educate company owners and businesses about the new law.

He however stressed that the education must be done on a larger scale across the 36 states.

Meanwhile, during his paper presentation, Williams had cautioned business owners not to patronise quack auditors and Tax consultants as they could land them in big trouble due to their ignorance and penchant for cutting corners.

The workshop was declared open by the State Coordinator of the Federal Inland Revenue Service (FIRS) who led other tax controllers in the FCT to shed more light of issues and answer questions that may arise. (NAN)