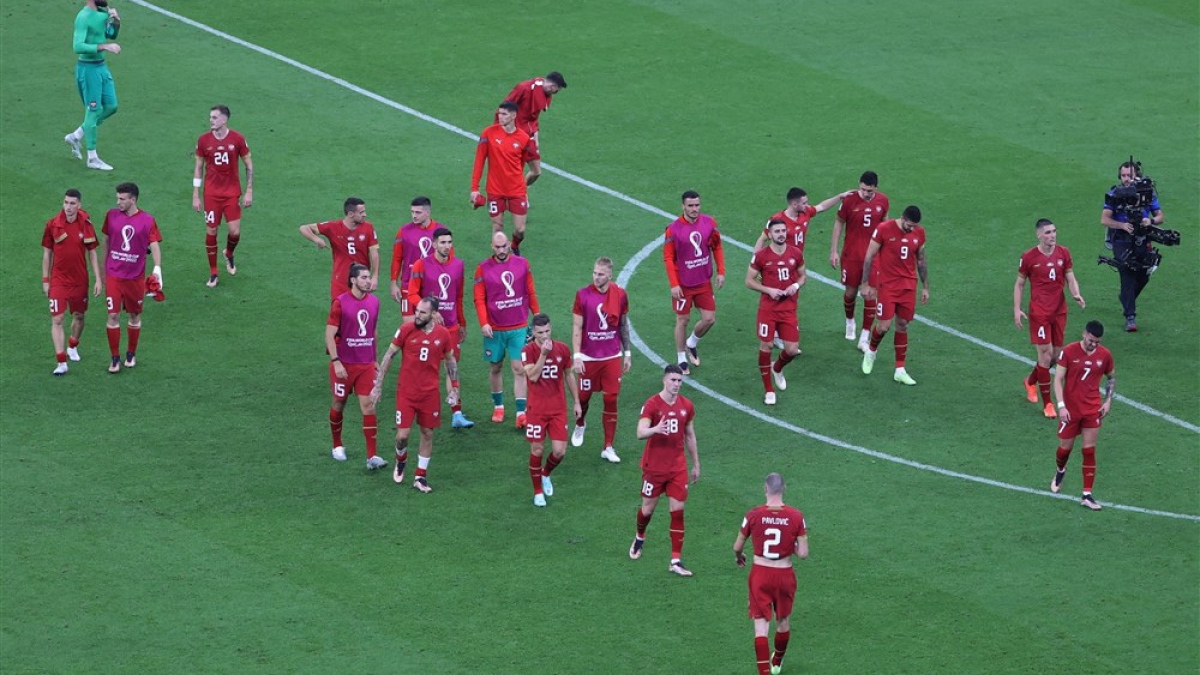 FIFA said it will investigate Serbia’s football association after image of the flag showing Kosovo as part of Serbia was hung in team’s dressing room.

FIFA has launched an investigation after photographs emerged of a Serbian nationalist flag hung up in the football team’s dressing room when they faced Brazil at the World Cup.

The outline of Kosovo can be seen on the flag under the Serbian national colours. Albanian-majority Kosovo claimed independence from Serbia in 2008 and is now a FIFA member, but Serbia does not recognise its sovereignty.

“The FIFA Disciplinary Committee has opened proceedings against the Football Association of Serbia due to a flag displayed in their dressing room on the occasion of the Brazil v Serbia,” FIFA said in a statement on Saturday.

“The proceedings were opened on the basis of Article 11 of the FIFA Disciplinary Code and Article 4 of the Regulations for the FIFA World Cup 2022.”

“The World Cup is an event of joy and unity, it should send messages of hope and peace, not messages of hate,” the FFK said in a tweet. “We call on FIFA to take measures against such actions.”

The flag with the inscription “We do not surrender” was also displayed by several Serbia fans in the stadium during the opening 2-0 World Cup defeat against Brazil in Qatar on Thursday.

The image of the flag went viral on social media when it was shared by Hajrulla Ceku, Kosovo’s Minister of Culture, Youth and Sport.

“We expect concrete actions from FIFA considering that the Kosovo Football Federation is a full FIFA and UEFA member.”

No player can be seen in the photograph of the flag in the dressing room, which was hanging above the jerseys and lockers of defender Milos Veljkovic and midfielder Andrija Zivkovic.

Veljkovic plays for Werder Bremen, and a spokesperson for the Bundesliga club told the Deichstube website that the player only found out about the photo after the match.

When the Serbia players returned to the dressing room, there was no flag hanging there, the spokesperson added.

Serbia, who lost 2-0 to Brazil, next play Cameroon on Monday. Their football federation (FSS) did not respond when asked for comment.