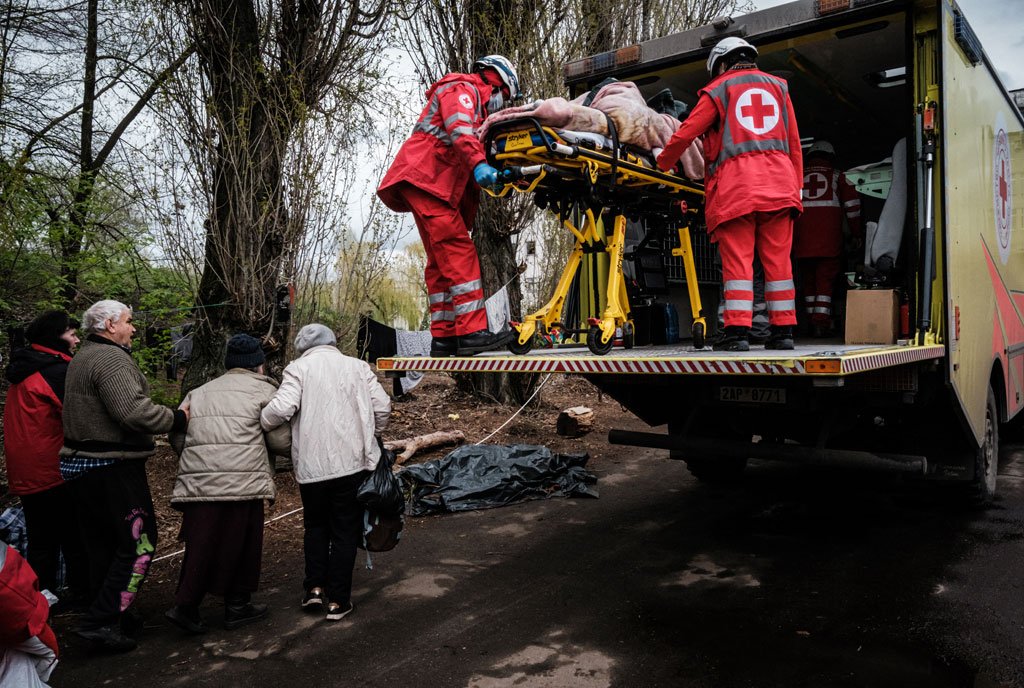 What you need to know:
Russian forces had “indiscriminately shelled and bombed populated areas, killing civilians and wrecking hospitals, schools and other civilian infrastructure, actions that may amount to war crimes”.
“Fierce battles” raged in eastern Ukraine on Saturday all but killing hopes of an Easter truce as officials said they would make a fresh attempt to evacuate civilians from the war-torn city of Mariupol.

The war enters its third month on Sunday with civilians continuing to pay a heavy price amid the ongoing fighting.

The Russia-Ukrainian conflict; globalisation and its ramifications
Commentary Just now
The governor of the eastern Kharkiv region, Oleg Sinegubov, said on Telegram that Ukranian forces retook three villages near the Russian border after “fierce battles”.

In nearby Lugansk, governor Sergiy Gaiday said shelling was “round the clock”.

He called on people near the front to “evacuate if you have the chance”, saying volunteers were helping people leave the area.

The fighting in the east came a day after a senior Russian military officer said “the second phase of the special operation” had begun, with the aim of controlling a huge, strategic part of Ukrainian territory.

“One of the tasks of the Russian army is to establish full control over the Donbas and southern Ukraine,” Major General Rustam Minnekaev said on Friday.

Russian forces, which withdrew from around Kyiv and the north of Ukraine after being frustrated in their attempts to take the capital, already occupy much of the eastern Donbas region and the south.

Minnekaev said their focus was now to “provide a land corridor to Crimea,” which Russia annexed in 2014, and towards a breakaway pro-Russian region of Moldova, Transnistria, where the general claimed Russian-speaking people were “being oppressed”.

Ukrainian authorities have vowed to fight on and drive the Russian troops from their land, but they also sought an Easter pause.

Humanitarian appeal
In the south, authorities were set to make a fresh attempt Saturday to evacuate civilians from the besieged port city of Mariupol.

“Today we will again try to evacuate women, children and the elderly,” Deputy Prime Minister Iryna Vereshchuk said on Telegram.

The Kremlin has claimed the “liberation” of Mariupol, which is pivotal to its war plans, after President Vladimir Putin ordered the invasion of Russia’s Western-leaning neighbour.

In a phone call to Putin, EU chief Charles Michel appealed for humanitarian access to Mariupol, which has been devastated by weeks of intense Russian bombardment.

“Strongly urged for immediate humanitarian access and safe passage from Mariupol and other besieged cities all the more on the occasion of Orthodox Easter,” Michel tweeted.

Putin however accused Kyiv of refusing to allow its troops to surrender in Mariupol.

Ukraine says hundreds of its forces and civilians are holed up inside the sprawling Azovstal steel plant in Mariupol, and Kyiv has repeatedly called for a ceasefire to allow civilians to safely exit the shattered city.

“They renewed air strikes on the territory of the plant, on the area of our troops and try to carry out assault operations,” Arestovich said at a briefing.

“Nevertheless, our defenders hold on regardless of the very difficult situation and even carry out counter raids.”

Near the frontlines in eastern Ukraine, a smattering of residents still held out amid frequent bouts of shelling.

Only a small sheltered market in the centre of town is still operating, providing food and other supplies after the town’s other market was bombed.

“Everyone, this is going to end badly,” said an elderly woman in line for vegetables, fearing a targeted strike by Russian forces similar to a deadly train station rocket attack in the nearby town of Kramatorsk on April 8 that killed at least 52 people.

In Severodonetsk, just 10 kilometres (six miles) from Russian positions, the city’s volunteers and medical personnel continue to hold the fort in a local hospital.

Shelling resumed recently, and the city is likely to soon be surrounded by advancing Russian troops.

“We will stay here until the last patient,” says Roman Vodianik, the hospital’s chief, whose office is decorated with Orthodox Christian icons.

Summary executions
Russia’s change of strategic focus to southern and eastern Ukraine saw invading forces leave behind a trail of indiscriminate destruction and civilian bodies around Kyiv, including in the commuter town of Bucha.

A United Nations mission to Bucha documented “the unlawful killing, including by summary execution, of some 50 civilians there”, the UN’s Office of the High Commissioner for Human Rights said.