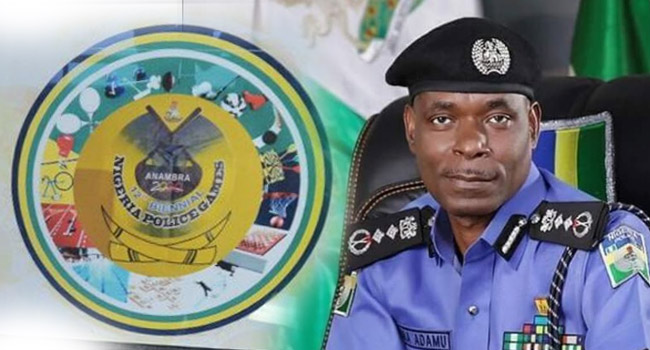 By Emmanuel Afonne
Force Headquarters and Zone 9 have qualified for the final of the men’s football event of the Nigeria Police Games currently going on in Awka, Anambra.

News Agency of Nigeria (NAN) reports that the final match will take place on Thursday at the Otuocha township stadium.

Zone 6 threw everything into the game in search of an equalizer but goalkeeper John Emeka became a stumbling block to their move.

The second semi finals saw Bolaji Lebi score a brace as Force Headquarters eased to a comfortable 2-0 win against Zone 7 to set up the final match with Zone 9.

Lebi netted his first goal of the encounter 12th minutes into the game and sealed the win on 17th minutes later to put the game beyond the reach of Zone 7.

According to Lebi, who is tournament’s joint top scorer, “Zone 9 are strong, we were together in group B and they defeated us 2-1.

“So, I believe we can avenge that defeat but for sure, the final will be tough,” Lebi said.

Zone 7, who emerged winners in Group A, would now face Zone 6 in third place match at the same venue.

In a related development, Force Headquarters women football team received a rude shock from Zone 2 in one of the matches decided on Wednesday.

The defending champions were handed their surprise defeat when Adeyemi Bashirat capitalised on a defensive error midway into the first half to slot in the only goal of the match.

Chioma Ajunwa, who had attracted spectators to the Otuocha stadium, was however not listed for the fixture but she instead took position on FHQ bench in a bid to inspire the team.

Ajunwa, who is Nigeria’s first athlete to win gold medal at the 1996 Olympics in Atlanta, said she wasn’t disappointed with the team’s performance.

“I am not disappointed; in a game like this, one side is bound to win. We know Zone 2 to be a good and strong team. It’s just that our players lost concentration at that moment which led to the goal,” she said.