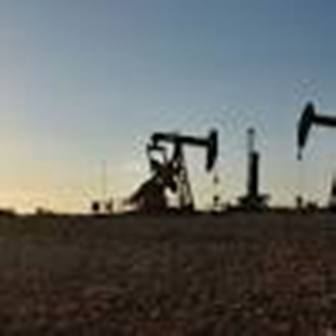 The review is to remove ambiguities and enhance effectiveness in the sector.

Mr Adeniyi Adebayo, the Minister of Industry, Trade and Investment while declaring open a stakeholder’s forum to review the OGFZA Act no 8 of 1996, called for stakeholders’ input.

OGFZA is the government agency which promotes investments in the nation’s oil and gas free zones.

The stakeholder’s forum was organised by the ministry to examine the OGFZA act and the imperative of addressing imperfections in the act through an amendment bill to reposition the agency.

The minister said review of the OGFZA act based on the experience and observation that the act required a serious review to remove ambiguities and inconsistencies to achieve clarity and enhance effectiveness.

He said over the years, the inadequacy of the act led to avoidable inter-agency conflicts and hampered OGFZA in the execution of its mandate, hence the decision to create a platform to engage stakeholders for best possible outcome.

“Nigeria is the pioneer in Specialised Economic Zones (SEZs) with  the establishment of the first oil and gas free zone Act No 8 of March 29, 1996 in Onne, Rivers,  which was supervised at the time by the then Ministry of Commerce.

“Nigeria occupies this pride of place in a global industry that boast no fewer than 5,383 SEZs as at 2019, according to the United Nations Conference on trade and Development (UNCTAD) statistics,’’ he said.

He expressed regret that in spite of the efforts of pioneering the industry of SEZs, the inadequacy of the law empowering the regulating agency for the SEZs had not allowed the nation to reap its optimal benefits.

He also said the ministry felt a special sense of privilege to contribute to the achievement of the policy goals of the current administration.

According  to him,  the ministry will also look at the situations in all the agencies under the ministry with a view to repositioning them for the important task of developing the non-oil sector.

He urged the forum to take a close look and suggest pathways for the legal framework that would make OGFZA act the most effective oil and gas free zone regulatory agency.

Amb. Mariam Katagum, the Minister of State for Industry, Trade and Investment said the ministry had consistently delivered on the promise to promote economic growth.

This she noted the ministry had done by championing creation of jobs and drive for  inclusive growth while promoting integration of Nigeria based businesses into regional and global value chains.

Mr Umana Okon, OGFZA Managing Director,  expressed worry over imperfections in the act which was put in place 24 years ago.

According  to him,  without appropriate legal framework,  it cannot not exercise its mandate appropriately.

Okon urged the stakeholders to look into  areas such as,  concession of taxes, supervision and conduct of export free zones, licences permit and tax incentives for investors.

He said that between 2007 to 2017, the oil and gas free zone contributed highest cargo throughout, with the creation of 200, 000 direct and indirect jobs.

Okon said it also attracted FDIs worth more than 15 billion dollars to Nigeria.