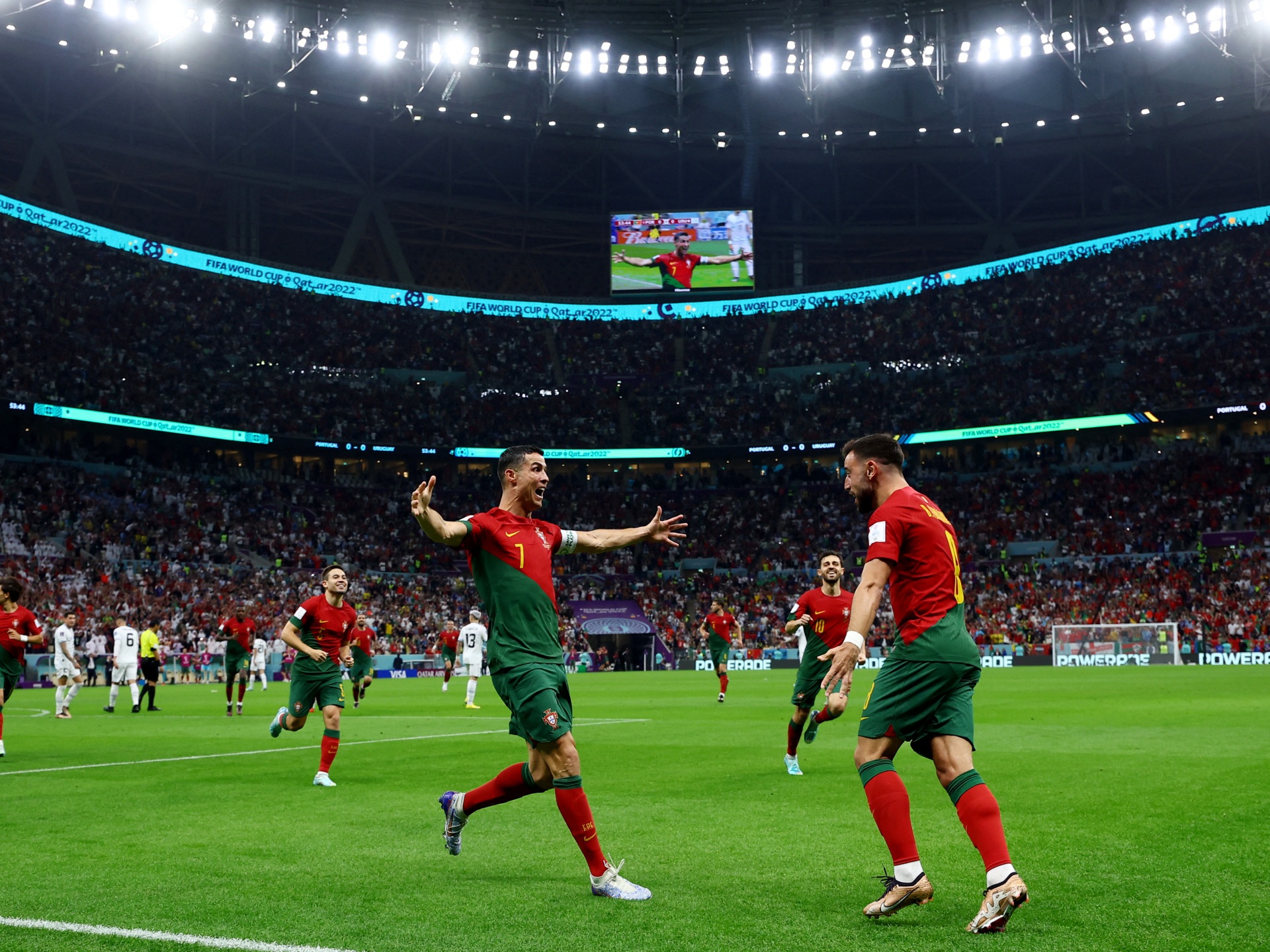 Portugal’s 2-0 victory makes them the third team after France and Brazil to qualify for the World Cup knockout stage.

Bruno Fernandes scored a brace as Portugal beat Uruguay 2-0 to secure a place in the last 16 of the World Cup with a group game to spare.

After a goalless first half on Monday in which Portugal dominated possession, the deadlock was broken in the 54th minute when a cross by Manchester United midfielder Fernandes flew into the net.

Ronaldo had initially celebrated the goal as his after the ball seemed to graze his head, but ten minutes later FIFA ruled it had been Fernandes’s goal after all.

Uruguay rang the changes with veteran striker Luis Suarez and Maximiliano Gomez brought on to replace Darwin Nunez and Edinson Cavani in the 72nd minute.

But despite Suarez winning a free kick with some acrobatics and Gomez rattling the post shortly after his entry to the pitch, Uruguay could not convert opportunities into goals.

Portugal were handed a penalty in injury time after a VAR review, with Jose Maria Gimenez judged to have handled the ball as he fell as Fernandes knocked it past him in the penalty area.

Fernandes scored the penalty to put Portugal into the round of 16. Uruguay languish at the bottom of Group H, but could still qualify if they beat Ghana on Friday and Portugal win or draw against South Korea.