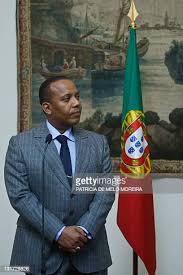 A coup attempt has been foiled in the West African island nation of Sao Tome and Principe.

The ringleaders were arrested after two hours of heavy gunfire and explosions.

Mr Trovoada said one of them was the outgoing head of the National Assembly and former presidential candidate, Delfim Neves.

Another was a former mercenary who staged an attempted coup 13 years ago.

There have been a number of coups and attempted military takeovers since Sao Tome and Principe gained independence from Portugal in 1975.