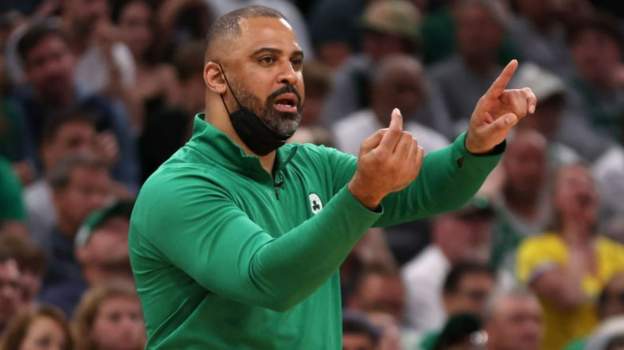 Former Nigeria basketball international Ime Udoka has been suspended as Boston Celtics head coach for the 2022-23 season after he entered into a relationship with a female member of staff.

Udoka, who led the Celtics to the NBA Finals earlier this year in his first season as a head coach, was suspended for “violations of team policies”.

Udoka, born to a Nigerian father and an American mother, represented Nigeria in international competition throughout his playing career, earning bronze medals at the African Championships in 2005 and 2011.

Udoka has been in a long-time relationship with well-known American actress Nia Long, with whom he has a child.