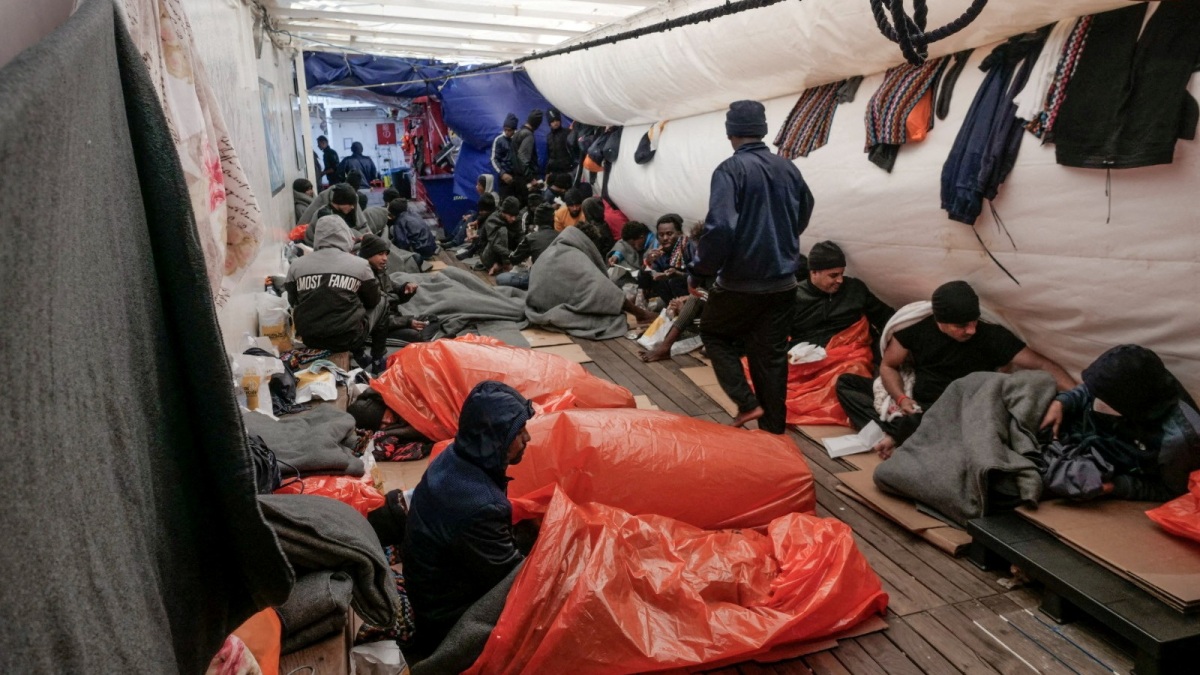 European interior ministers welcomed a European Union plan to better coordinate the handling of migrant arrivals after a furious dispute over a refugee rescue boat erupted between Italy and France.

France has accused Italy of failing to respect the law of the sea by turning away the NGO vessel, triggering crisis talks in Brussels to head off a new EU dispute over the politically fraught issue.

All sides described the Friday meeting as productive, but Czech Interior Minister Vit Rakusan, whose country holds the EU presidency, said afterwards that they had agreed that “more can and must be done” to find a lasting solution.

The ministers will gather again at a preplanned December 8 meeting to pursue the “difficult discussion”, he said.

“We cannot continue working event-by-event, ship-by-ship, incident-by-incident, route-by-route,” he said, recalling that previous crises had been seized upon by “populistic and Europhobe forces”.

The numbers of asylum seekers are still far lower than the levels of 2015 and 2016, but the dispute has already undermined a stop-gap pact to redistribute arrivals more evenly around the 27-nation bloc.

Brussels has been struggling for years to agree on and implement a new policy for sharing responsibility for migrants and asylum seekers, but the ugly dispute has brought the issue to the fore.

Earlier this month, Italy’s new government under far-right leader Georgia Meloni refused to allow a Norwegian-flagged NGO ship to dock with 234 migrants rescued from the Mediterranean.

The Ocean Viking eventually continued on to France, where authorities reacted with fury to Rome’s stance, suspending an earlier deal to take in 3,500 asylum seekers stranded in Italy.

The dispute undermined the EU’s stop-gap interim solution and led to Paris calling Friday’s extraordinary meeting of interior ministers from the 27 member states.

“The Ocean Viking crisis was a bit of improvisation,” commissioner Schinas admitted, defending the new plan from his commission to better coordinate rescues and migrant and refugee arrivals.

“We have 20 specific actions. We have an important political agreement. Everyone is committed to working so as not to reproduce this kind of situation.”

French Interior Minister Gerald Darmanin said there was no reason for France to accept migrants relocated from Italy if Rome “does not take the boats, [and] does not accept the law of the sea”.

Darmanin’s Italian counterpart Matteo Piantedosi played down the Ocean Viking incident, saying the meeting was “not dealing with individual cases or operational management”.

The previous plan was drawn up after Mediterranean countries closer to North African shores, like Italy and Greece, complained that they were shouldering too much responsibility for migrants.

A dozen EU members agreed to take in 8,000 asylum seekers – with France and Germany accepting 3,500 each – but so far, just 117 relocations have actually happened.

On Monday, in a bid to revive the mechanism, the European Commission unveiled another action plan to better regulate arrivals on the central Mediterranean sea route.

It was not well-received by aid agencies. Stephanie Pope, an expert on migration for aid agency Oxfam, dubbed Brussels’ plan “just another reshuffle of old ideas that do not work”.

And a European diplomat said: “The action plan that was shared with member states is perfectly fine but contains nothing new, so it isn’t going to solve the migration issue.”

The ministers nevertheless accepted it and Schinas said it should prevent more crises as Europe once again attempts to negotiate a global migration plan that would have the force of EU law.

Schinas also recalled that international maritime law already obliges EU member states “to do what is necessary, which is save people’s lives”, in their national search and rescue areas.

The plan would see closer coordination between EU national authorities and humanitarian NGOs on rescues of migrants whose makeshift, overcrowded boats are in difficulty.

And it would see Brussels work more closely with Tunisia, Libya and Egypt to try to stop undocumented migrants from boarding smuggler vessels in the first place.

While France and Italy argue about high-profile cases of dramatic sea rescues in the central Mediterranean, other EU capitals are more concerned about land routes through the Balkans.

Almost 130,000 undocumented migrants are estimated to have come to the bloc since the start of the year, an increase of 160 percent, according to the EU border force Frontex.