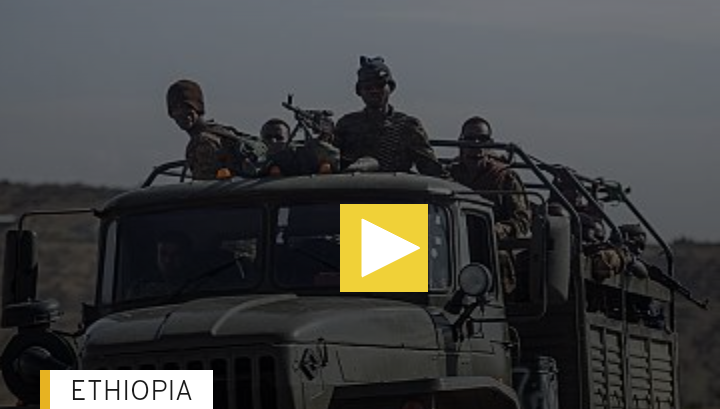 On Monday, footage released by Ethiopian regional state-owned television station, showed the impact of an airstrike in embattled Tigray region.

Images of the strike that hit on Saturday a refugee camp in Dedebit, a town located in northwestern Tigray killed dozens of civilians on Saturday have been broadcast. Tigray TV, an Ethiopian regional state-owned television station released the footage on Monday.

The exact death toll of the strike has yet to be announced but dozens of people are believed to have died. The deadly strike, which gave no chance for the refugees to flee, leaves families in mourning. The Tigrayan rebels accused the government of carrying out a the drone attack.

Our people are also paying the price at the war fronts […] And the people paying this price should not be alarmed and terrorized by these attacks and should finish their struggle with their heads held high”, Teklay Gebremedhin, the province Administrator, said.

Reports of the strike came a day after Ethiopian Prime Minister Abiy Ahmed issued a message of reconciliation for Orthodox Christmas after 14 months of war.

Since a war erupted in November 2020 between Ethiopian forces and the Tigray rebels who once led the country, authorities have often resorted to drones to back their military offensive.

On Sunday, the United Nations Office for the Coordination of Humanitarian Affairs announced humanitarian partners had suspended their activities in the area.